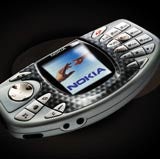 Nokia has recruited Rachel Wright, a marketing manager at Hutchison’s third-generation network 3, to run its new UK multimedia division and turn around poor sales of the N-Gage phone and games console.

Nokia refused to confirm Wright’s appointment, but it is understood that she has already left 3 and will take up her new role shortly. Her appointment comes as the Finnish mobile handset manufacturer restructures its business into four global divisions: mobile phones, multimedia, enterprise and networks.

The multimedia business will include the troubled N-Gage game product, as well as imaging devices and other new products. Its performance is seen as crucial to the company’s future growth.

Last week, Nokia announced poor sales and sliding market share in the first quarter of this year, which led to a ten per cent fall in its share price.

The company said that sales of N-Gage around the world had been “disappointing”. Advertising for the brand suffered a blow after part of a campaign through Grey was scrapped because of complaints that it encouraged sexual violence towards women.

As part of Nokia’s worldwide restructure, UK marketing boss Alison Brolls – who also headed marketing of N-Gage – is being shifted to a global role as marketing and media planning manager. She is replaced by Nokia UK sales manager Simon Lloyd, who will head brand marketing in the UK.