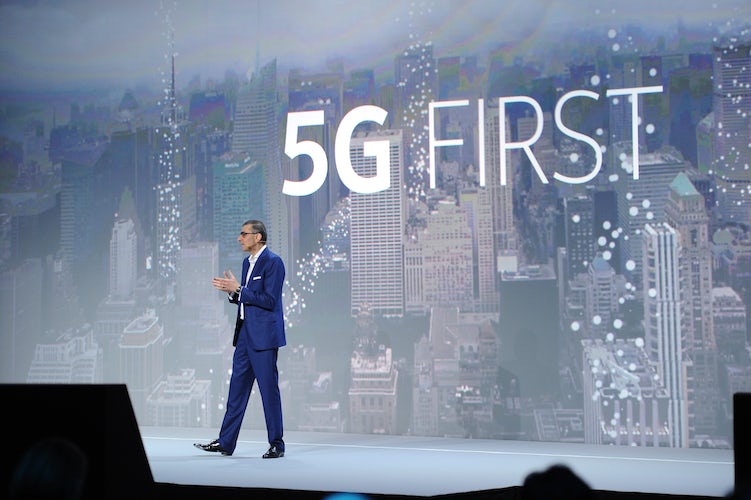 Nokia is hoping to kick off the ‘5G era’ with the unveiling of 5G First, a commercial offering for carriers eager to be the first to meet the demand for faster connectivity.

Speaking at Mobile World Congress in Barcelona today (26 February), chief executive officer Rajeev Suri told the audience the 5G launch is “not hype but soon to come reality” as the noise around when the technology will be available to mobile phone operators and consumers increases.

The commercial offering, which will be available in the second half of 2017, will allow these operators to address a demand in connecting people and industries and gives them “first to market advantage”, according to the brand.

As it stands Nokia is working with US telecoms company Verizon and Intel to deliver 5G services to homes in select Verizon markets, such as Dallas.

But Suri predicts that investments in 4G, particularly advanced 4G technology, will pick back up in key markets. He said: “Even [with] 5G coming, the need for more capacity grows everyday with no sign of slowing.”

Suri also revealed that Nokia has won a three-year contract from Telefonica to boost the performance of its 4G network in London as data demand grows. The deal includes ‘4.5G’ technology and will showcase “how mega cities like London can benefit from next level technology and services”, Suri added.

Why connectivity is the next phase for Nokia

Nokia is a very different company to the one most associate with the mobile phones that were hugely popular in the early 2000s. Having sold its mobile phone business to Microsoft in 2013, Nokia is now focused on telecoms and wireless technology.

Rights to the Nokia brand name in mobile phones is now owned by HMD Global, which is re-releasing the 3310, alongside other Nokia devices, at Mobile World Congress this week.

Suri admitted that it was a tough year for the telecoms industry but Nokia started too see its decline slow in the last quarter of 2016. He claimed this wasn’t the progress to focus on but rather what Nokia has done to position itself for the future.

He explained: “What matters is what we did to position the company for the future – there I believe our progress was remarkable. Consider the Nokia of 1 January 2016, revenues were almost all from mobile networks and patent licensing – both very good businesses but they were the limit of our scope.”

He added: “What a difference one year can make.” Suri is alluding to its cross-selling efforts and moves into broadband, virtual reality and developing its camera technology that resulted in “excellent intellectual property and future licensing opportunity at the heart of a massive emerging eco system”.

READ MORE: Nokia – ‘Our brand can have the same success in VR as it had with mobile phones’

Nokia also wants to expand into digital health. It acquired Withings, a manufacturer of smart scales, activity trackers and health gadgets, in May last year to build up a health technology business.

It now plans to rebrand all Withings device as Nokia, taking the brand into the consumer tech market once again.

Suri said: “We want to have beautiful devices that are plug-and-play that have Nokia design factored in. We don’t want to be in the geeky fitness wearables market, we believe the market will ultimately move to medical devices.” Adding that the brand is firmly in the preventative healthcare market not the wearables market.

“Simply put Nokia is a fundamentally different than it was one year ago,” said Suri. “In fact we have an end-to-end portfolio that is more than the sum of the parts, we can do things that other companies cannot [and] that really matters as we enter the next phase of connectivity.”

Cross-selling is key to Nokia’s future

One of the key pillars in the brands future is in network sales and software. Nokia will target energy, transportation and public sectors along with major global companies that use information technology for competitive advantage, including the “giants of the internet”, Amazon, Google and China’s Ailbaba.

The chief executive said the “need is there”, from connecting data centres to enabling smart cities, from the Internet of Things (IoT) to infrastructure for railways and public safety networks.

Nokia recently introduced its IoT network WING to allow communication service providers and enterprise customers to “take advantage of new business opportunities that will become available to a multi-country federation of IoT services” that Suri says is needed “for things that are on the move”, such as driverless cars.

Suri said: “IoT will go from being a great discussion item to delivering real world benefits in a big way. Getting this digital right and investing early and adapting processes to leverage IT capability can pave the way to sustainable competitive advantage.”

The brand also has a joint innovation lab in Dubai to enable IoT and smart city initiatives in government services, education, utilities, transportation, aviation and healthcare. 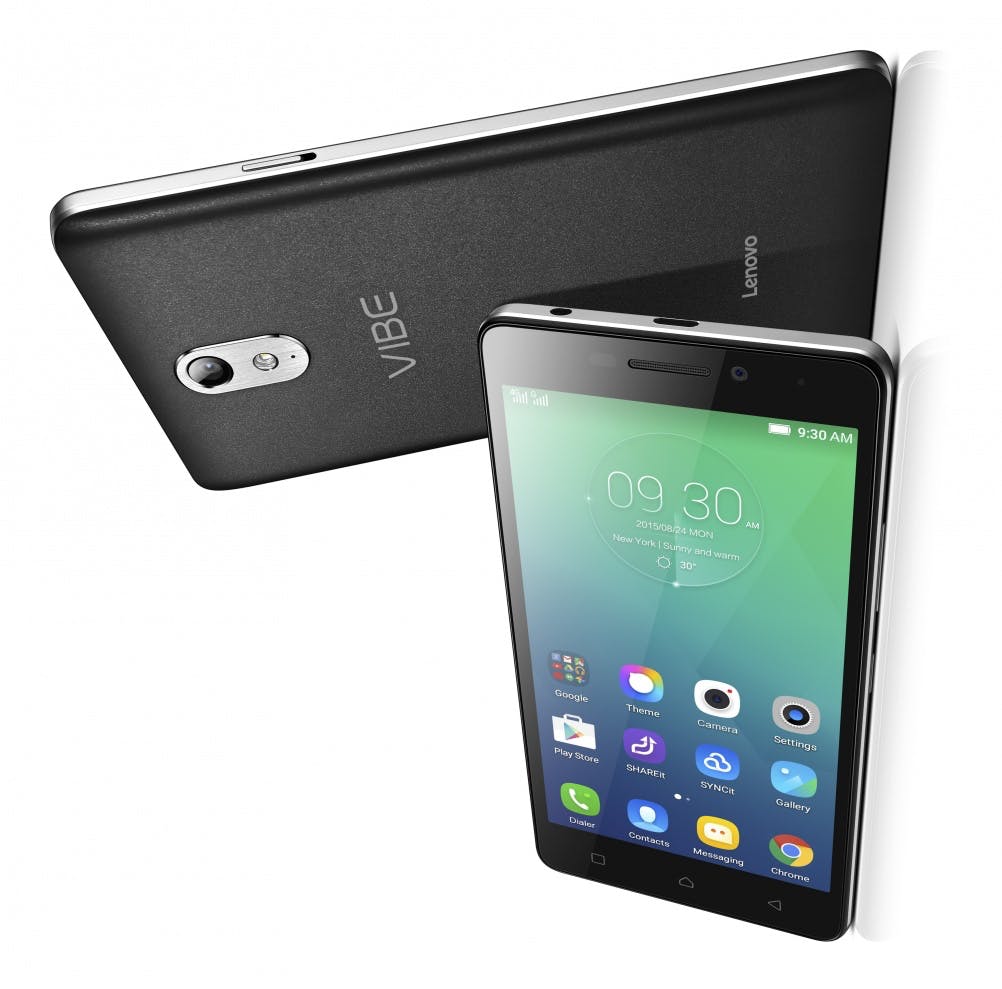 Lenovo is planning to inject greater energy and vibrancy into its marketing as it looks to appeal to millennials and establish itself as a strong mobile brand. 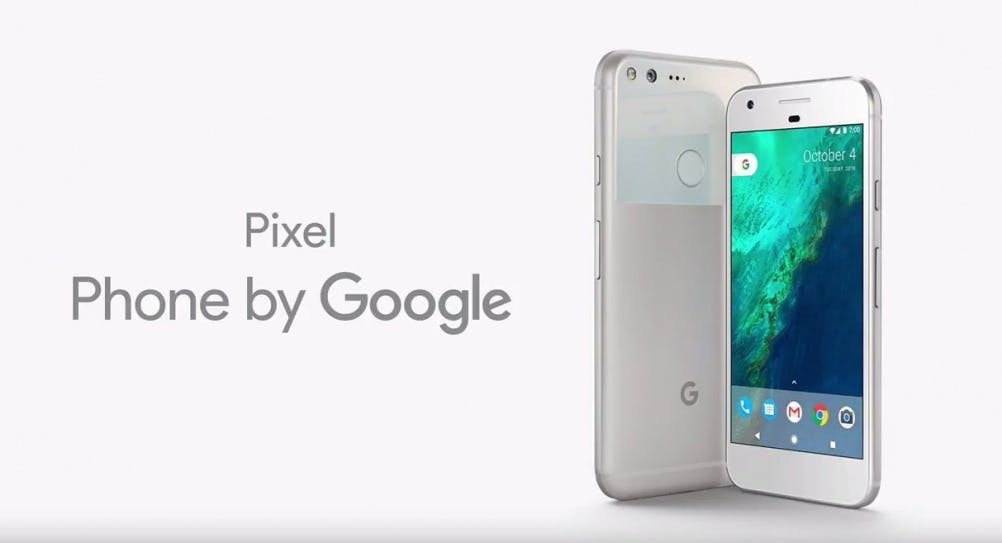 The launch of two Pixel smartphones, a VR handset and its ‘intelligent agent’ Google Assistant are all about a future with artificial intelligence at its core.