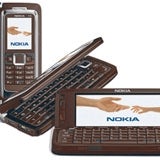 The phone launched last month features the hardware, which allows customers to purchase items by swiping their phone across an electronic reader.

Nokia has confirmed that a software upgrade early next year will activate the near field communication (NFC) chip. NFC is a short range wireless system that allows data to be transferred between devices, much like the system used by Transport for London’s Oyster system.

Adoption of the technology is set to increase in 2011 as the mobile industry’s main players begin introducing it on their new handsets and operating systems.

Nokia would not confirm which financial and retail brands it would be partnering with to enable use of the technology.

In 2008 it trialled the service with partners O2, AEG, Barclaycard, Transport for London, TranSys and Visa Europe, with participants able to purchase items in stores such as Eat, Krispy Kreme and Books Etc using a Nokia 6131 handset.

Google chief executive Eric Schmidt announced this week that NFC software will be included in the next update of Google’s smartphone operating system, Android 2.3, though many current Android-operating handsets will not have the hardware to use the technology.

Mobile and retail brands have, up to now, resisted NFC technology because of concerns over financial and data security if customers lose or have their handset stolen, as well as the infrastructure costs of installing readers in retail outlets.

Barclaycard has partnered with Transport for London for its Oyster credit card, which uses NFC. The financial services company also announced a partnership with Orange this year.

Following the launch of its O2 Money brand earlier in the year, the mobile operator is looking to expand its financial services team with a focus on developing NFC technology.

Vodafone is also expected to explore opportunities with mobile payments in the UK following the success of its M-PESA service overseas.