The next stage of Nokia’s new strategic direction will centre around “co-creation”, with consumers being invited to collaborate with the company’s marketing, and taking inspiration from some of its popular campaigns in emerging markets to create more buzz around the brand.

The Finnish mobile manufacturer overhauled its marketing strategy to become more youthful last October to coincide with the launch of its first Windows Phone series, Lumia, in an attempt to reclaim its position at the top of the smartphone market.

At Mobile World Congress in Barcelona yesterday (27 February) the company unveiled two new Lumia devices: The 610 to appeal to a low-end customer base and the more premium 910.

Steve Overman, Nokia’s vice president for marketing creation told Marketing Week at the event: “In October the world saw a renewed Nokia and everyone experienced the buzz and energy from an invigorated brand. Our chapter two is about introducing the rest of the Lumia family to the world and telling people more about [the handsets’] similarities and differences.”

Much of the next iteration of Nokia’s global marketing strategy will centre around inviting consumers to share content they have made or experienced via their smartphones, which could potentially feature in upcoming campaigns. To illustrate this move, all the imagery on Nokia’s Mobile World Congress stand was crowdsourced from its consumers.

Overman said: “I insist that we co-create as much as we possibly can with our marketing so it’s not just Nokia the company talking at people, it’s Nokia engaging with consumers to share how their devices are enabling them to have amazing experiences.”

Nokia is also “reversing the innovation flow” when it comes to marketing and will be rolling out successful campaigns that originally emerged from its developing markets to Western territories, rather than the more traditional opposite approach.

This means campaigns such as “Qwerty”, which launched in Mexico and Indonesia to promote the launch of its Asha range, could be rolled out in the UK. The campaign saw consumers suggest challenges for brand ambassador “Qwerty Man” to carry out, the best of which were videoed and published on social media and in short TV spots.

Overman says the campaign led to Nokia’s NPS (Net Promoter Score) increasing to its highest ever level in the regions.

Nokia will also be looking to replicate the success of its sponsored DeadMau5 light projection show at London’s Millbank Tower in November, Overman adds, as it looks to create moments people will want to share. The video of the event has been watched more than 3 million times on YouTube.

In its last quarter Nokia’s revenues dropped 21% to €10bn, despite selling “well over” 1 million Lumia devices in the period. However, the company has yet to launch theLumia series in the key North American market, which it will be re-entering later this year.

For all or Mobile World Congress 2012 coverage, click here 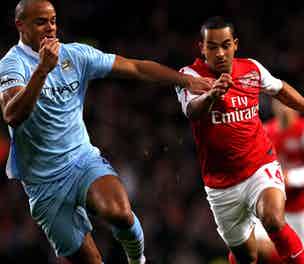 The mobile industry’s move to collaborate with brands from other sectors is key for successful future innovation and the same will be true when it comes to marketing these new devices. 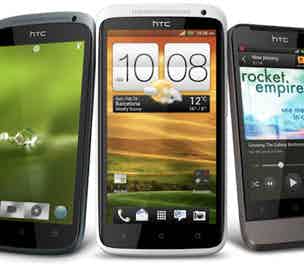 Mobile World Congress: Taiwanese mobile company HTC has launched a flagship range of premium smartphones that focus on music and photos as it looks to repeat its early success and keep pace with high-end rivals Samsung and Apple.