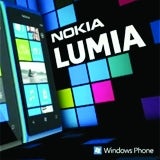 The embattled phone manufacturer is now adopting a less traditional approach to marketing, with more budget being devoted to social media and digital rather than above the line campaigns, as it looks to differentiate itself from its rivals and reach new audiences.

John Nichols, Nokia’s UK marketing director, says consumers will be able to instantly recognise that Nokia’s tone of voice has dramatically changed in its marketing campaigns.

“People will go ’wow, I can’t believe that’s Nokia’, the new campaign will make people surprised and delighted that Nokia is doing something this cool,” he says.

The launch campaign for the Lumia 800 and 710, the company’s “first real Windows Phones”, is being backed by three times the marketing investment of any other Nokia launch in its history, according to the company’s CEO Stephen Elop.

Examples of the new “youthful” approach to marketing include a series of mini “blip” television ads that aired from last weekend, as a teaser to today’s (26 October) unveiling of the Nokia Lumia range and a 60-second ad that launches tonight.

Adam Johnson, Nokia’s head of brand campaigns, says the blips were a “media first” as the format has not been used before in the telecoms industry to precede a launch. He adds that Nokia would not have run such ads, especially ahead of such a high profile launch, before theredirection in marketing strategy.

Each iteration of the Lumia campaign, from the TV ad to “vortex style” digital displays in store (pictured below) will include the features of the phone in its creative, notably its sliding tiles and social integration. Johnson says the UK marketing campaign will not include any “static” media like traditional press ads as he says it is “not dynamic enough to do the phone justice”. 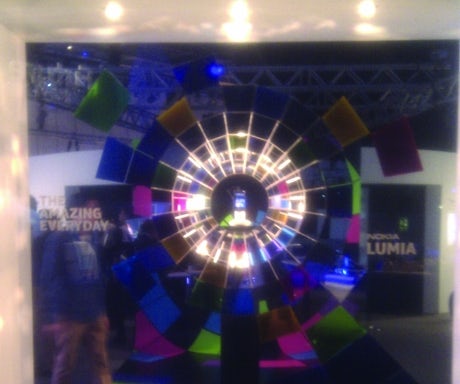 Communications around the Lumia range will also focus on the practical uses of the phone, rather than technical specifications, using real people as its brand ambassadors.

Nichols says: “People pay lots of money for phones, they are like their life partners, they carry them everywhere, but they are being marketed in such a techy way. As an industry we should realise that cold is not cool.

“People – not consumers – is where uniquely we stand as a brand. The competition isn’t doing that, only Nokia can globally own that brand essence.”

Nokia is becoming a sponsor of the Turner Prize, which recently relocated its ceremony to Newcastle, as it looks to embrace all of the UK in its reach, rather than just focusing on London.

The company is also partnering with Northern and Shell, which owns The Express, The Daily Star, Channel 5 and OK! magazine, to place cover wraps and other “innovative” ad formats, which could include placing editorial in tiles, to reflect the phone’s interface. 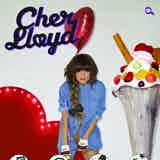 Record labels are ramping up spend on branded content as they look to forge stronger ties between agencies and brands. The music business is changing. Record labels now have the ability to apply cost-effective social and mobile marketing to traditional marketing channels. It’s no secret that the music industry was badly affected by the digital […]

The rise of “big data” and the diversity of new communications channels raise tough challenges for today’s chief marketing officers (Data Strategy, 13 October). With 82% of chief marketers planning to deploy new technologies to understand data from social media and less than 50% tracking blogs and reviews, according to IBM’s 2011 Global CMO Study, […]