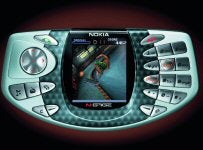 Nokia is planning to revive its ill-fated N-Gage brand as a piece of gaming software built into its handsets, rather than a standalone device.

The mobile phone giant is likely to unveil the platform at the Games Developer Conference in San Francisco next month, and is understood to have had talks with publishers including Disney, Sega of America and Vivendi Games.

Nokia launched the original N-Gage, which was a phone and games console hybrid, in 2003 but it failed to live up to expectations. The company’s head of marketing for games Simon Etchells admitted in an interview with Marketing Week last year that attempts by mobile companies to get into gaming had not worked, calling them a “little bit messy” (MW April 27, 2006).

He added at the time: “Mobile gaming has not been as good as consumers would like. It’s not that people don’t want to do it, but a lot of them have tried it and not had a great experience.”

A Nokia spokeswoman says of the plans to bring back N-Gage: “Nokia will continue to redefine the mobile gaming experience with its next-generation gaming platform. To be launched in mid-2007, the N-Gage brand will evolve from a device offering games and services to a comprehensive mobile gaming experience. It will enable users to easily find, buy and play great quality connected games on their Nokia N-Series and Series 60 devices.”

Nokia is also understood to have started a review of its global below-the-line roster. The company works with agencies including OgilvyOne, Joshua and Haygarth, but began contacting direct marketing networks last month.

Mobile operator 3 is reviewing its 39m advertising account after parting company with WCRS. The review follows the appointment of John Penberthy-Smith as marketing director last month.

Despite its global dominance and financial clout, US banking behemoth Citigroup has so far failed to achieve a high level of consumer awareness in the UK. Will its purchase of the Egg brand enable it to become a credible player in British high streets? By Catherine Turner.

Crisis, the charity for homeless people, has appointed WWAV Rapp Collins London to handle its integrated marketing account, following a three-way pitch. The agency beat Whitewater and incumbent Catalyst to win the business, and will develop a campaign that communicates the growth of the charity’s work across the UK. Crisis called the review last summer […]