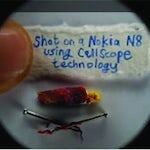 The ’Dot’ film, created by Wieden & Kennedy, showcases the smartphone’s 12-megapixel photography capabilities and also celebrates the CellScope, a microscopic device attached to a Nokia handset.

The upcoming campaign aims to bring these types of authentic uses of technology to life. Pamela Anderson has fronted viral campaigns for the N8 handset.

Heather Wright, executive producer on the project and head of Aardman’s commercials and branded content department, says: “The Nokia job is totally unique, one of those rare instances when the idea and execution are totally inter-dependent. It’s very cool, challenging and very exciting for the studio.”

The film features Dot, a tiny 9mm girl who wakes up in a magical, magnified world to discover her surroundings are caving in around her.

She escapes the encroaching wave of destruction as her world unravels via a path made up of tiny, familiar objects such as coins, pins, pencil shavings, nuts and bolts, until she finds peace by knitting herself a blanket from the very matter that pursues her.

The tiny film has set a new world record for the smallest stopmotion animated character in a film.

W+K creatives Mark McCall and Richard Dorey said: “Achieving our goal of setting a world record with a Nokia N8 is the perfect celebration of the campaign’s core message – its not technology, its what you do with it”.

To create ’Dot’, Aardman’s in-house production technology engineer, Lew Gardiner worked alongside the Physics Department at the University of Bristol to create their own CellScope production camera.

Aardman used innovative Rapid Prototyping 3D printing technology that uses a computer-generated model of an object or character and then prints it in full 3D using a plastic resin material.

The entire set was no more than a metre and a half long, all elements of which were used to help sell the scale of the project to the viewer.

Aardman director Ed Patterson says: “The final film has come out better than we could have hoped for. It was great collaborating with Wieden + Kennedy and to gel so well creatively. The Nokia N8 stood up to the challenge and produced some outstanding images”. 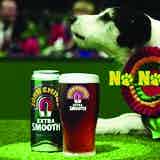 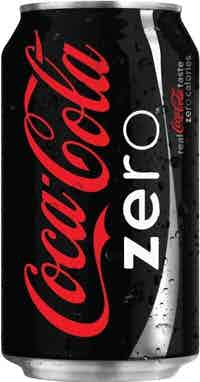