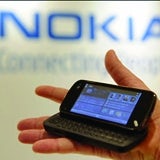 The ’store-in-a-store’ concept lets operators promote their apps within Nokia¹s Ovi App Store via a dedicated operator-branded channel which will have prominent placement within the portal.

The operators can then charge users for these downloads via their mobile bill.

A Nokia spokesman says that there are no definite plans to roll out similar services with operators in the UK but explained that it is still possible.

“Deutsche Telekom’s shelf within Nokia’s Ovi store represents an integral part in our approach to give customers easy access to relevant own and partner apps”.

Nokia claims that its Ovi Store is generating 5m downloads per day. However, its future has been called into question after Nokia announced plans to launch Nokia-branded app store selling Windows Phone apps as part of its alliance with Microsoft.