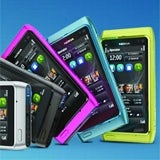 The Finnish manufacturer is to ramp up its use of social media, partner with more youth-focused celebrities and brands – especially those with a music focus – and continue to ensure its phones are affordable as it looks to capture the youth market.

John Nichols, Nokia’s head of marketing for the UK and Ireland, says the shift in strategy will help it tap into the “next generation of mobile purchasers”.

He adds: “This isn’t a standing start, we already have a huge youth market but for teenagers we need to ensure that we create the content and partnerships that matter. As a teenager, the brands I loved had an opinion and told me whether to engage with them or not.

“The trick is to remember to not just wade in; otherwise our personality could look like the drunken uncle dancing at the wedding.”

Nokia recently partnered with X Factor boy band One Direction, who they collaborated with to create an exclusive phone personalised by the members of the group with added screensavers and ringtones. Future celebrity ambassadors will not just be a “figurehead” for the Nokia brand but will actively “participate” with its youth audience, Nichols adds.

Nokia will also ramp up its use of social media – but in addition to, rather than at the expense of traditional media – as part of its more youth-focused strategy as it looks to increase the number of conversations it has with younger consumers.

The Finnish company has been criticised for not responding quickly enough to the impact of smartphones. The company reported an operating loss of £429m in the three months to 30 June as its net sales dropped 7% because of an over reliance on lower margin feature phones.

Nokia is currently the second biggest smartphone maker in the UK in terms of share, with 18.6% of the market, behind Apple (26.2%), according to comScore.

Full details of its new “rejuvenated brand and tone of voice” will be revealed at its Nokia World event in London on 26 October.

The company is also set to reveal its first ever Windows smartphones, following the partnership with Microsoft that was formed earlier this year.

Brain teaser: click here to read the cover feature about how the 21st Century is causing ’brain change’ in consumers, and why it matters to marketers How Microsoft has tracked brain activity: read the case study here Chief product officer at Bebo and co-founder of Xbox Kevin Bachus, answers questions about the role of social […] 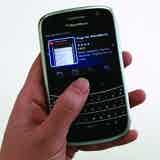 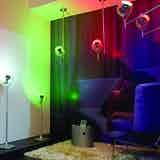 Philips is investing in a three-year multi-million pound global marketing campaign that aims to change consumers’ perception of lighting products.