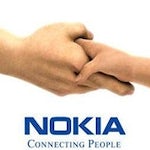 It sent an email to Comes With Music customers this week informing them that in the UK the service will now be part of the Ovi brand.

Nokia also said the service will be easier to use as it has been redesigned to fit with the Ovi branding.

Comes With Music launched in October 2008, enabling those with a relevant handset to access unlimited music (nma.co.uk 3 October 2008).

Nokia supported the launch with one of its biggest marketing campaigns (nma 30 October 2008). Despite significant investment, the service isn’t thought to have done as well as the handset manufacturer hoped. Nokia hasn’t released subscriber numbers but music consultancy MusicAlly estimated that just 107,000 Comes With Music handsets had been sold globally in its first year and just over 30,000 in the UK.