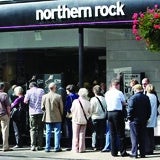 Alistair Welham has joined from Nationwide as the firm’s head of marketing channels and communications. He replaces Guy Herrington, who left in February to join Barclays as a marketing strategy and planning director.

Welham will work with Farm Communications, part of the Tangible Group, to develop a new vision for the brand that emphasises trust.

Welham will report to Andy Tate, customer and commercial director, who oversees the marketing department and replaced Mooney’s role.

Northern Rock was nationalised in 2008 after racking up billions of bad debts. Its return to the private sector, via a sale or flotation, has not been ruled out. MPs have recently filed an early day motion demanding remutilisation.

Welham joins from Nationwide, where he was head of marketing communications and regional brands.