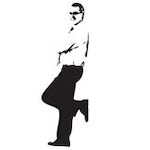 First, thank you to the PR department of Costa Coffee, who in response to my column last week, have kindly been in contact to offer me a complimentary pre-paid cardas compensation for my disappointing encounter with their new Flat White. Under normal circumstances, I would be delighted to accept, but anonymity is key in this role and I shall therefore have to politely decline. If they had thrown in some panettone, I might have been tempted.

As we hit mid-February, the New Year’s resolutions are fading. Normal service has been resumed and this includes our first reforecast of 2010. Yes, six weeks in and the finance department is insisting on a latest view for the year. I suggested that I was too busy to participate in this tedious exercise and that maybe they would like to ask me again at the end of the first quarter, when I could give them a more useful perspective.

Sadly, the computer said no- I have been overruled by the group spreadsheet department.

I do have some sympathy with their non-negotiable position on this issue. If they were to show any signs of weakness, the staff there may as well write their own P45s and disappear to spreadsheet heaven, as it would soon be obvious that they have very little else to do. Mind you, I am sure they could find a role for some people to produce a variance versus forecast analysis on how many P45s were submitted on time.

So after six weeks of 2010 trading, how are things looking ? So far, we are bang on budget, which is pleasing given the snow, blamed by so many brands for poor early trading conditions. The marketing and trade plans are hitting their targets there or thereabouts and so I have no reason to change my overall view for the year.

There are, of course, other factors that may yet snatch defeat from the jaws of victory. Rarely have I taken such an interest in the welfare of Greeks. But now the country’s economic meze may yet serve to disrupt the currency markets and not even our group treasury department is able to guess what is going to happen on that one.

Although it hurts me to say this, the exchange rates are likely to be somewhat more material to our full year results than anything we control in the marketing department. I’m already stockpiling bottles of ouzo to accompany our next reforecast. 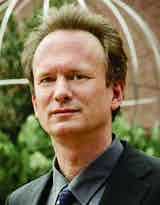 Elliot Polak, founder and CEO of Textappeal, says brands must think carefully about how they adapt digital marketing to suit different cultures globally.