Never in the history of the drinks industry have so many products been launchedâ¦ only to have been withdrawn a few years, or even months, later. With the alcohol sector under threat from stricter ad regulations, finding the next ‘big idea’ is more important than ever. By Sonoo Singh

The launch of Bacardi Breezer in the mid-1990s created a new breed of drinkers – much younger consumers who preferred easy-to-drink, sugary alcohol. More than just creating a new ready-to-drink (RTD) market and spawning an array of alcopops, it stirred the palates of drinkers seeking a new experience.

For a while consumers were not disappointed. But where once the drinks industry, from beer to spirits manufacturers, could be relied upon for a ceaseless flow of new products, activity seems to have slowed to a crawl. Innovation now appears to come largely from packaging, technology-driven launches and flavour variants.

Yet the slowdown is not for want of trying, with most brands constantly pouring new ideas onto the market. For two years Bacardi-Martini tested fruit-flavoured, cream-based drink Kalyr, but recently announced that it has been forced to axe the drink ahead of a national roll-out, following reports of underperformance (MW last week).

Bacardi is not the only drinks giant to falter when it comes to new product launches. Diageo was forced to axe gin-based alcopop Gordon’s Edge and the £6m Baileys Irish Cream brand extension Baileys Glide. Both had to be ditched following poor sales (see box). Lager giant Anheuser-Busch had to withdraw the low-calorie Bud Light beer from the UK two years after launch. Breo, hailed as the world’s first wheat beer by Guinness in the 1990s, was delisted soon after launch when it failed to capture the imagination of lager drinkers. 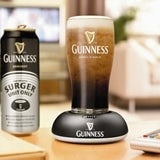 Like most industries, the drinks sector relies heavily on new product development to maintain growth. Most innovations, however, fail to take off, with marketing insiders claiming that only 20% of all launches manage to succeed. But what the alcohol industry seems to be doing is almost throwing its ideas against the wall to see what sticks best, in the words of one retailer.

“Innovation in any sector has always been a risky business,” says Malcolm Davis, a director of brand valuation consultancy Intangible Business. “However, following major consolidation in the drinks industry, it is dominated by giants with sufficient production and distribution powers who can afford to continue with product development, whatever the rate of failure might be.”

It is largely the spirits companies that seem to be providing the product impetus. This year, Diageo has introduced a range of pre-mixed, spirit-based drinks called Classic Mix, for consumption at home. It is also rolling out an RTD alcoholic fruit drink called Quinn’s, in which the alcohol is made entirely from fermented fruit (MW March 9). The product is Diageo’s first significant RTD innovation since it unveiled blockbuster Smirnoff Ice seven years ago.

The big brewers, on the other hand, who had been busy consolidating until the late 1990s, have been accused of failing to infuse much excitement into the market. “They have been busy driving growth by introducing imported, foreign beers into the UK, and that has been the extent of their activity,” says one buyer. “These so-called launches do not even get any above-the-line media spend to drive footfall in stores.”

Last year, InBev developed Brazilian beer Brahma into a global brand, although it has so far invested only in press and poster advertising. It is now busy spending £50m on Brasserie Artois, an initiative involving the creation of premium beers inspired by the Artois brewery archives. 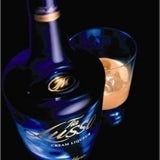 The buyer concedes that heavy discounting tactics operated by the multiples tend to depress the value sales figures of existing beer brands, making it difficult for most manufacturers to start rolling out products.

Andy Edge, sales and marketing director of Tussauds Group theme parks and hotels, and a former Holsten marketing director, adds/ “The multiples control the route to market for any product, so unless they start supporting innovation, the lack of – or slowdown in – product development can hardly be blamed on manufacturers alone.”

Another beer buyer states: “Guinness’ widget in 1989 was one single activity that made a difference to the brewing sector, and was able to lure consumers who had been waiting for something new for a long time. The sector was soon swamped by similar launches.” The device was introduced by Guinness to maximise the quality of stout, releasing nitrogen gas into the beer to give it a rich, creamy head. Rival products soon followed incorporating the same system in beer cans. This year, Diageo introduced another technology-driven launch called Guinness Surger, a unit that sends ultrasonic sounds to the can to activate the Guinness “settle” (MW February 23).

Buyers have called the Surger “gimmicky” and a “launch for launch’s sake”. But other technology-driven launches in the brewing sector, such as super-chilled beer, have received a warmer reception. Scottish &amp; Newcastle’s (S&amp;N) recently launched Foster’s Super Chilled has been a contributory factor in the group’s sales growth. The introduction of a super-chilled variant of Kronenbourg 1664 lager and Strongbow cider also helped lift S&amp;N’s share of the UK market, adds a company spokesman. Edge adds: “Investment in this technology has extended the appeal of S&amp;N beer brands.” 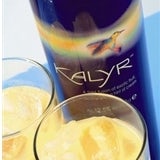 Meanwhile, whisky manufacturers are also trying their utmost to attract a different set of younger drinkers. Diageo extended its J&amp;B brand with the launch of J&amp;B-6ºC, a pale blended whisky. The Famous Grouse did the same with the launch of The Ginger Grouse – a blend of whisky, ginger beer and lime -while William Grant &amp; Sons hit upon Monkey Shoulder, a blended malt engineered to create bespoke cocktails.

Despite these attempts, retailers remain unconvinced that consumers will be able to leave behind the well-established perceptions of these drinks, which are still seen as the preserve of the “older” man.

Edge explains that, unlike other sectors such as food or packaged goods, extensive consumer research does not always lead to a successful launch. “It is very difficult for consumers to articulate what they want when asked what kind of alcohol they desire,” he says. “At the end of the day, most drinkers want to have a good time and probably just get drunk.”

At a time when the drinks industry is reeling under the pressures of stricter advertising regulations, as the government tries to clamp down on binge and underage drinking, there are many obstacles to it thriving on its own terms. Sadly, there seems little in the innovations pipeline to persuade observers that a significant product boost to the industry is on its way.