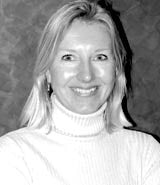 Unlike Phoenix the calf, Nova was culled within days of reaching its first birthday, which by all accounts should have been quite a celebration. The magazine had reached its circulation target of 75,000 and, according to the sales team, was set to meet its advertising targets.

The July issue was virtually finished and the front cover looked good. So it came as quite a shock last Wednesday (May 2) to be told that Nova was to bite the dust again. Apparently the title was still recruiting staff until three weeks ago.

Nova’s rebirth was always going to be difficult. In its first life, Nova was an edgy Sixties fashion title that built a reputation by shocking and breaking taboos. But, as we are all too aware, the cultural environment of 2001 is totally different. It takes quite a lot to shock your average urbanite 24-year-olds.

Trying to emulate the editorial style of the original was a risk, but arguably there was room between the well established fashion bibles, such as Elle and Vogue, and the lower circulating club/cult magazines, such as Sleazenation and The Idler, for a new, more edgy, intelligent fashion title.

Nova’s Second Coming was not what it should have been. The launch editor Deborah Bee took things too far. Many of the staple sector advertisers found the mix of manicured pubic hair and nudity too avant-garde for their tastes and stayed away. Even by the third issue in January, there were rumours that the magazine’s future was uncertain.

In November, Jeremy Langmead was brought in from the Sunday Times Style section as the new editor and apparently given a year to turn the magazine’s fortunes around. The February issue was his fourth and the consensus was that he was having a tremendous impact. The revamped Nova looked good, it was witty and aspiring, the fashion was excellent – it really looked as if he had created a credible title that was carving a niche for itself in a very competitive market.

IPC and the rest of the magazine market is now facing leaner times as ad revenues diminish. In addition, the successful launch of CondÃ© Nast’s handbag-sized Glamour magazine (MW March 29), poses a significant threat, in terms of readers and revenue, to IPC’s mainstream title Marie Claire. The first issue of Glamour sold about 500,000 copies, more issues than Marie Claire or Cosmo.

If IPC is preparing for a successful flotation, its priority will be to protect and invest in the more profitable titles within the stable. Those not deemed commercially viable will not survive. However, it’s a shame for readers and advertisers that just as Nova was finding its feet, it was chopped off at the knees.