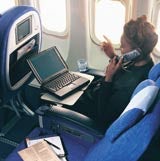 A great deal is known about media consumption: who reads and watches what, channels on the rise and fall, subjects of increasing and declining interest. But that does not offer an insight into what is going on beneath the surface, or the new kinds of consumer emerging from the age of media proliferation.

A new analysis and typology of news consumers has been produced by MORI. It looks at the totality of what people seek, how and when they seek it, their expectations of availability and use of new channels and media.

All-Rounders represent about one-third of adults in Britain. As the label suggests, they have a broad – but not necessarily deep – interest in all types of news, from serious to light and national to local. The group is skewed towards the blue-collar classes in the lower income brackets who are conservative in their media consumption, tending to rely on traditional sources.

Like All-Rounders, the next group – Ho-Hums – represent a significant part of the tabloid and terrestrial television audience, but the group approaches its media with a different mindset. Younger, predominantly female and representing about one-in-five adults, they express little interest in “serious” issues and are disinclined to trust institutional sources of news and comment. The one area to excite their interest is celebrity gossip.

Newshounds are, in many ways, the opposite of Ho-Hums. Likely to be middle-aged professionals, these are “news junkies”, voracious for serious news issues and discussion of them. Current affairs and international, business and financial matters are their main interests.

As avid broadsheet readers, Newshounds also turn to national radio, and later on to TV, such as Newsnight, for up-dated information.

Newshounds represent 14 per cent of the adult population, slightly more than Technos and Early Birds.

Early Birds are early consumers of news want a flavour of national stories without the Newshounds’ need for depth. Headline news and a summary of major events are their priorities.

Early Birds also have a special interest in local news, and while Newshounds tend to be concentrated in the South-east, Early Birds are disproportionately found in the Midlands and North-east.

The other group of similar proportion to Newshounds and Early Birds is Technos. The concept of “news on demand” finds its expression in the behaviour and expectations of this group. They seek news on business, finance and sport, together with the commentary of experts – and they expect it at a time and via channels of their choosing.

Predominantly male, aged between 20 and 45 and likely to be graduates, Technos occupy junior managerial and professional positions. They continue to consume traditional media, including news-papers (likely to be broadsheets), TV and local radio in the morning. However, their distinguishing characteristic is their use of mobile phones, the internet and Teletext for news during the day and in the evening.

The final group is Night Owls. The smallest group at eight per cent of adults, this segment represents about 4 million people in the UK and is arguably the least well recognised and catered for.

This group is a far cry from the Ho-Hums, to whom they are demographically related. Both groups contain a high proportion of younger working class women, but the Night Owls seek substantive news in the late evening. While consuming radio, especially local radio, during the day, they turn to newspapers, television and the internet to satisfy their news hunger in the evening.

The findings have wide reaching implications, not only for marketers and broadcasters, but also business and political communicators.

For broadcasters, they are an additional tool to help them shape the content, tone and mix of programmes at different times of day. Newshounds are well catered for by the late evening mix on terrestrial TV, but there is scope for improvement in the service to Night Owls.

In the wider context of news planning, what do the views and behaviour of Technos tell us about the future? It’s fair to assume that the active engagement of Technos is a sign of things to come or, indeed, of things already happening, as the majority of Newshounds and Early Birds share Technos’ expectations of news on demand.

For business and political communicators, the segmentation should help to refine the shape and targeting of information. The extent to which these segments are relevant could help determine the right emphasis for the story. More significantly, perhaps, the analysis highlights the importance of time of day in segmenting media consumers: the different segments not only have particular channels to which they are most receptive, but also markedly different times of the day and evening.