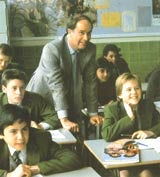 As a member of the Freedom of Information for Children Programme, run by the World Federation of Advertisers, I would like to respond to the article “For the sake of adults, stop advertising to kids” MW May 16.

Sean Brierley clearly has not done his homework. The facts concerning advertising to children show that:

Children use advertising and are not used by it. Research conducted by Family Research Dynamics in 2001 showed that all six-year-olds surveyed understood that the purpose of advertising is to sell something, and that by eight years a critical attitude towards advertising was evident.

Advertising is only one of many influences in children’s lives. In 2000, a study was conducted by the Advertising Education Forum of nearly 5,000 parents in 15 EU countries. Advertising was found to be a moderate – not one of the top five – influence on children. Of those parents surveyed, more than 86 per cent of parents did not consider advertising as playing an important role in their children’s lives.

Consumers trust and value information provided by advertisers. The March 2002 study by the European Commission of more than 15,000 consumers across Europe demonstrated overwhelmingly that more than 74 per cent of European consumers regularly use advertising information to guide purchasing decisions.

Advertising is one of the most highly regulated industries. A wide variety of provisions exist to meet children’s needs. According to the Advertising Association, more than 150 laws regulate advertising in the UK. A wide variety of provisions in these laws exist to meet children’s special needs. In 2000, the ASA received 12,262 complaints, of which 50 related to advertising to children. Six of those complaints were upheld, which related to only four advertisements.

For those interested in the facts about advertising to children, more than 560 academic studies are openly available on the Advertising Education Forum’s website – aeforum.org.

If Brierley’s article were advertising, the ASA would demand its withdrawal because of the inaccuracies within it. If the article were a branded product, its flaws would cause it to be immediately taken off the market. Purchasers would get their money back.