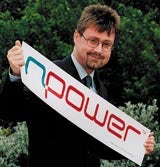 Npower has hit out at the England &amp; Wales Cricket Board (ECB) for reducing the value of its sponsorship deal, after the ECB awarded live television broadcast rights to Sky.

Npower head of brands Kevin Peake says the company’s sponsorship deal has been devalued and that this will affect renewal talks, which are due later this year. The ECB controversially handed the TV rights to Sky in a &£220m, four-year deal at the end of last year.

Peake says: “The move has totally changed the commercial side of our deal. Its value is not even close to what it would be on Channel 4. Our media agencies looked at the deal, of course, and the simple fact is that Sky has a much smaller audience.”

Peake says npower will “definitely” not quit cricket but the price of the sponsorship will fall. “The reason npower is in cricket is to reach as many people as possible with the brand name. Cricket will become lower-profile on Sky and so of course we won’t pay the same price as before,” he adds.

Under the new broadcast arrangements, a terrestrial highlights package will be shown at peak time on Five, although Peake says he is worried that the game will be up against heavyweight shows such as Coronation Street.