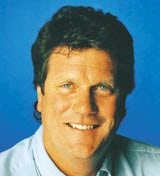 The channel, called Jackpot TV, will launch at the end of this month. Northern &amp; Shell, owned by Richard Desmond, is working with Bowley’s company, Amplified, to create the channel.

Jackpot TV will line up alongside Desmond’s Express Shopping Channel on Sky and NTL. The shopping channel was launched last October as a partnership between Northern &amp; Shell and mail-order shopping business N Brown Group.

The channel will be devoted to phone-in quizzes that offer large prizes. Callers will phone Jackpot TV on premium-rate phone lines. A spokesman says there are no plans to advertise the channel at present.