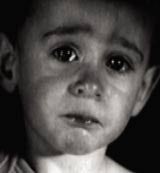 The “Help us stop it” campaign created by Agency.com for the National Society for the Prevention of Cruelty to Children has been voted the most creative online campaign of 2005 by a panel of creative heads from leading digital agencies.

The campaign used three executions to encourage viewers into think ing about child abuse&nbsp;from&nbsp;a&nbsp;child’s perspective; the main objective has been to encou- rage a predominantly male target audience to donate &£10 a month to the NSPCC.

Second place in the Creative Showcase Grand Prix awards – run by the Internet Advertising Bureau and sponsored by MSN UK – went to glue London for its campaign for Royal Navy recruitment, while third place went to G8Rally.com, a website created by a collaboration between Agency Republic, AKQA and glue London for the “Make Poverty History” campaign.

This year, the awards were incorporated into the first ever Online Creative Week, a series of panel discussions, debates and forums focused on trends in digital advertising. All 12 of the finalists for the Creative Showcase Grand Prix awards are on display for the rest of this week at the Institute of Contemporary Arts in London.&nbsp;They can also be viewed at www. creativeshowcase.net/ onlinecreativeweek.