The charity claims that most people (56%) wait for a month before reporting their concerns over a child’s safety and a quarter of people that use its NSPCC helpline had left it six months before contacting the charity.

The ‘Don’t wait until you’re certain’ campaign hopes to encourage people to call its 24 hour helpline straight away if they are worried about a child’s safety.

The ad plays on the amusing Twitter craze ‘Sh*t My Dad Says’ and shows a number of funny quips from children, but also several comments that are more serious and demonstrate the child isn’t being looked after properly.

It uses the strapline: “It could be nothing. But it could be something.”

The online video campaign was made by the director of Channel 4 youth TV show Skins, Amanda Boyle, in partnership with Netmums. 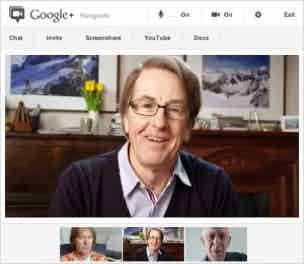 Google is set to launch the first UK above the line campaign for Google+, highlighting the social network’s benefits over its rivals Facebook and Twitter, with the aim of increasing its number of active users.