When Covid-19 first hit back in March, the NSPCC knew it was going to have to rely on its marketing and communications team to get it through the crisis.

That meant the NSPCC keeping most of its marketing and comms team working through the crisis, rather than putting them on furlough. That, says director of communications and marketing, David Hamilton, is a clear sign of the importance of marketing.

“We managed to make quite a clear case to keep as much of the marketing and communication staff on as possible because we knew this was a time we needed to be seen and heard more,” he tells Marketing Week.

“Not all charities have been able to do that, but that is how marketing and comms is thought of at NSPCC – an essential and integral part of what we do. And it put us in a very good position.”

That team has worked to keep the NSPCC’s services front of mind at a time when many would-be donors were turning their attention to health charities generally and the NHS specifically. It quickly launched a campaign, ‘Still Here’, that was formed off the back of a tweet it sent just before lockdown.

To our supporters, volunteers, parents and teachers – we're thinking of you after what's been a difficult and confusing couple of weeks. We want to reassure you that we will continue to be here for children, who may need us now more than ever. We are still here. 1/3 pic.twitter.com/fQKjY54RdH

It is now following that up with a ‘Still Here Frontline’ campaign that aims to show the role its services continue to play as the Covid-19 situation changes. That includes two video case studies of a counsellor and a frontline worker, with the aim of raising awareness of the services it provides – such as Childline – and the need for support in the form of donations or volunteers.

“It really did feel natural, we didn’t have to work hard to create this message because it was simply the truth,” says head of marketing, Tessa Herbert.

While the initial campaign focused on reach and awareness through TV advertising, this latest push is more focused on digital (including video-on-demand) and social media to engage supporters. Finding that balance between brand building and direct response has been even more critical than normal as the charity experienced an increase in demand for its services at the same time as donations were hit.

It has been a real eye-opener, what can be done when everyone throws out the rulebook and does just knuckle down and work together.

“We are a purpose-led organisation. Our marketing needs to raise awareness of those services, recruit the volunteers, and drive attitude and behaviour change among the general public. But we can’t do any of that without the funding because most of our funding comes from individuals,” says Herbert.

“The role of our marketing is to strike that balance between at every opportunity getting across our purpose and promoting our cause, but in a way that drives people to want to support us. In this crisis that balance is even more important.”

Throwing out the rulebook

Herbert believes the past six months, while difficult, have been “eye-opening” in terms of what can be achieved. The two campaigns were conceived and launched in a matter of weeks where usually they would take months. That’s a key learning the team would like to keep.

“It has been a real eye-opener, what can be done when everyone throws out the rulebook and does just knuckle down and work together and forgets about territory, about competition and just wants to get the work done,” she explains.

“The focus for us now as we start to plan is not to lose that and not to fall back into the old ways. We want to build on that integration, taking risks, being able to move swiftly, being able to learn from mistakes, build on what is working and be a lot more agile and responsive.”

What it does do is make planning more difficult. The NSPCC, like many organisations, is currently setting budgets and strategy for next year. And while it is looking to big milestones such as Christmas, the charity knows it will need to be flexible.

“It is a challenge because you don’t want to spend huge amounts of time putting elaborate plans together until there is more certainty,” says Hamilton.

“We had a conversation about what next year is going to look like in terms of media, campaigns and messaging, and it’s really hard to make some of those calls at this stage. What we’re trying to do is have a shape to the year – so when are our big moments going to be, what sort of resources might we need, what decisions do we need to take now?”

Yet Herbert believes one of the big learnings of the past six months has been that the charity now knows it can change its plans and still get the right results.

She explains: “We’ve learned these past six months that we are not afraid to change the plan, which we might have been before. Now it will be much easier to shift away if the need arises because that is the most important thing – meeting that need. We need to get a broad plan in place so everyone knows where they are, but we will be able and ready to adapt that if we need to.”

That agility also applies to how it raises money. With large events such as the London Marathon cancelled, it has had to rethink how it reaches supporters.

To do that it has been running sprints with new product development to experiment around new ideas – seeing what works and moving on quickly. That has led the NSPCC to launch smaller events, such as challenges like running 30km in 30 days or taking part in a gaming marathon.

What we’re trying to do is have a shape to the year – so when are our big moments going to be, what sort of resources might we need, what decisions do we need to take now?

“We are taking what was good about the physical event and trying to translate it virtually or trying to create something completely from scratch that we could run virtually. Then putting it out there, seeing what works, and putting more investment behind what works and moving on from what doesn’t,” says Herbert.

“It’s a real period of very rapid innovation because we need as quickly as possible to try to find those replacements. Nothing can replace the London Marathon, but there is a collection of smaller ideas that together are making quite a significant difference.”

Next on the calendar is Christmas, which is a hugely important time for the NSPCC both in terms of raising funds but also demand for its services. It will continue with the Still Here messaging because it is resonating and ensuring the charity remains relevant, the hope being to strike the right balance between celebration and sombre.

“It’s not going to be an all-singing, all-dancing Christmas campaign like we might have done a few years ago. It will be purpose-led and responding to the need, a bit more sombre,” says Herbert. “It is finding that balance. We will have Christmas events that are celebratory and positive because that is also what Christmas is about and what we want to be part of too. It’s finding that balance.” 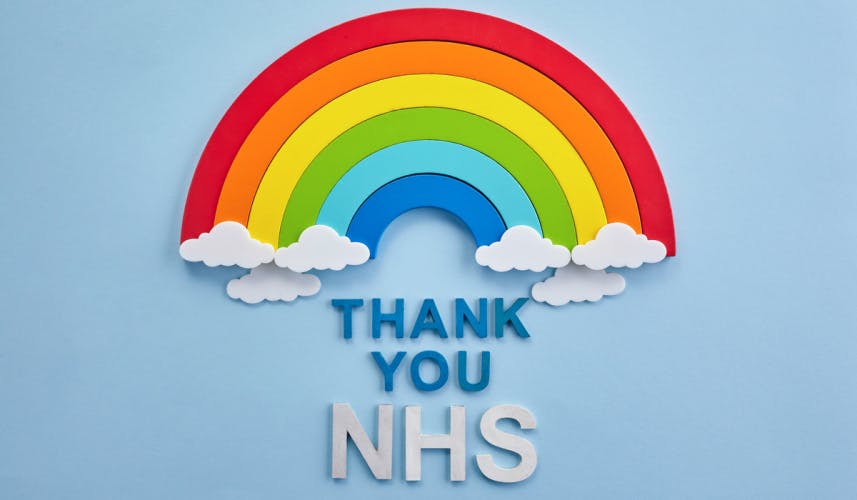 While it may take years for the shock caused by the coronavirus pandemic to wear off, could the UK emerge from the crisis a fairer and kinder society? And if so, can brands drive this change? 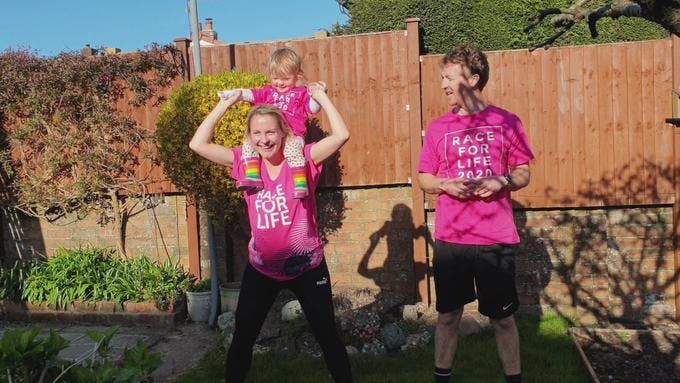 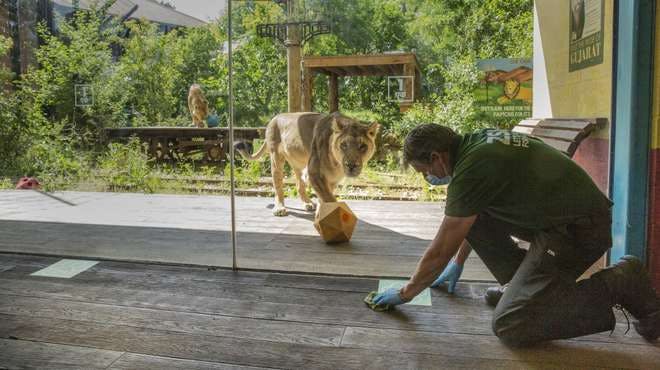