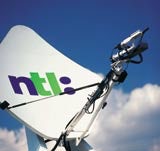 NTL is increasing the number of channels in its Base Pack entry-level package for television customers as it fights off the challenge of Freeview.

The move is the latest indication that NTL and Telewest are preparing to merge – a step that is expected to be taken later this year. It will also bring NTL’s basic TV pack in line with that offered by cable operator Telewest.

NTL is to add entertainment channels Living TV and UKTV Gold, children’s channels Boomerang and Cartoon Network, Turner Classic Movies, music channels MTV and VH1, the Discovery Channel and Discovery Travel &amp; Living. The channels will be added from June 1, increasing the number of channels on NTL’s entry-level package to more than 100. The base pack, which costs £10 a month, had previously been similar to Freeview’s, with the addition of the odd pay channel such as Sky One and E4. However, Channel 4 is launching E4 on Freeview this month, increasing the appeal of the free-to-air platform.

Freeview is expected to reach 6 million homes by the end of the year, while NTL has 3.1 million TV customers, Telewest 1.8 million and BSkyB 7.7 million.

In recent years both NTL and Telewest have been distracted by debt-induced restructuring, but having completed this, the companies have set about strengthening their product ranges. The two are testing video-on-demand services and are expected to launch personal video recorders later this year.

NTL and Telewest have also been streamlining their operations in preparation for a merger. Telewest has been seeking to sell its Flextech subsidiary.