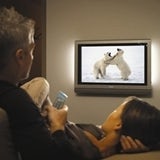 The cable industry is setting its sights on BT and Freeview after years of infighting, says NTL:Telewest’s chief marketer James Kydd. He warns rivals that cable will “aggressively” pursue their customers and says the strategy defines a “new era” for the recently merged entity.

Kydd, managing director for marketing at NTL:- Telewest, says its free TV offer, unveiled last Friday, is the beginning of a product push by cable, which has previously been beleaguered by infighting and “parochial” marketing.

“It is aggressive against BT and Freeview, and we are providing something that Sky is currently charging an awful lot for, cheaper,” says&nbsp;Kydd.

The strapline “Cable. If you can, you should” is the culmination of integrating two different marketing approaches from NTL and Telewest, since the companies merged earlier this year. It now also includes Virgin Mobile, where Kydd was formerly marketing director.

He says: “There is an opportunity to bring NTL and Telewest together and market it as a proper entity. That has been hindered in the past but now we can afford to act like a national brand. Before, the companies used so much regional media it was untrue and almost NTL’s entire marketing budget was devoted to direct mail.”

The digital TV service includes 36 channels and allows customers to upgrade to premium packages and on-demand services such music, sport and movies .

The new campaign includes press, and outdoor work “wrapping” the Imax cinema and complex in London. The service will be rebranded as Virgin in 2007, with a quadruple play offering of TV, broadband, home telephony and&nbsp;mobile .

BT Vision, a hybrid home entertainment service including digital TV, is expected to launch this year. Freeview is expected to overtake BSkyB as the most popular digital TV service as early as next year, according to market analysts.