The Advertising Standards Authority is formally investigating Nurofen maker Reckitt Benckiser in the UK after receiving 12 complaints about a TV ad for Nurofen Express.

Complainants have taken issue with claims the product can provide “faster headache relief than standard paracetamol or ibuprofen” and that it can directly target muscles in the head.

A spokesperson for the ASA says: “This is a complex case and our investigation is ongoing. The advertiser is providing evidence to substantiate its claims, we’re carefully assessing that and we’ll publish our findings in due course.”

However, RB has highlighted that all claims made in ads in the UK have to be “agreed by the relevant external bodies and be supported with clinical data”.

“Nurofen is aware of an ongoing investigation by the ASA concerning one of its adverts.

“The current claim in question went through this normal process and received full sign off by the agencies (including Clearcast and PAGB). If there is a complaint, this is taken very seriously and there is a clear procedure that the relevant agency will follow.

“As this is an ongoing investigation, we are unable to provide any further comment at this stage,” said the company in a statement.

The complaints, which were made in February with the investigation launched in March, have come to light after the pharmaceutical giant was ordered to stop selling its Nurofen Specific Pain product range in Australia.

The country’s Federal Court found that Reckitt Benckiser misled consumers by suggesting each variation in the range was formulated to treat a particular problem such as back pain or migraine when each product contains the same active ingredient.

The issue was escalated further as the retail price of these products was “significantly higher” than comparable products, according to Australian Competition and Consumer Commission (ACCC), which initiated the proceedings against Reckitt Benckiser.

“The ACCC took these proceedings because it was concerned that consumers may have purchased these products in the belief that they specifically treated a certain type of pain, based on the representations on the packaging, when this was not the case,” said ACCC Chairman Rod Sims.

“Price sampling conducted by the ACCC before the proceedings were commenced indicated that the Nurofen Specific Pain products were being sold at retail prices almost double that of Nurofen’s standard ibuprofen products and the general pain relief products of its competitors.” 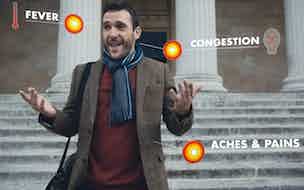 Reckitt Benckiser is backing the launch of the Nurofen Cold and Flu range with a £3m campaign that positions the sub-brand as a remedy for people who shrug off their ailments and get on with their lives. 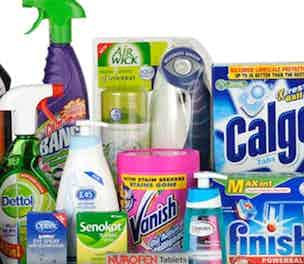 Reckitt Benckiser has credited its decision to increase investment in its brands by £100m globally last year for fuelling a “strong” performance last year that saw annual revenues rise to record levels.