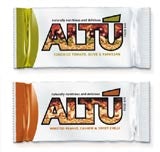 Nutrinnovator, the company behind the Altu savoury cereal bar, will test-market a low-sugar cola called Altu Black this August.

The drink will contain no artificial sweeteners and looks set to reach the UK market before the mid-calorie, mid-carbohydrate colas that have been developed by both Coca-Cola and Pepsi in the US.

Coca-Cola has so far launched its C2 cola in the US and Japan, while Pepsi has still to unveil its Pepsi Edge.

So far, the company’s sole product is the Altu bar, launched last September. Nutrinnovator says it is “developing a long-term innovation pipeline” and is considering product launches in the US.

It is targeting the “wellbeing” market and says demand is growing for such products in supermarkets and specialist outlets.

TBWA/London was appointed in April to handle a £2m advertising campaign for the low-calorie Altu bar (MW April 8).