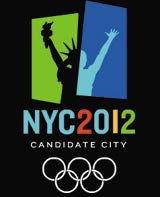 SP Holdings’ Swiss subsidiary, TSE Consulting, will work with the New York team. The appointment of a non-US agency reflects the importance of having a support team near to the IOC’s Lausanne headquarters in order to maintain close contact with the 124 IOC members, who will award the games next summer.

The appointment of a marketing agency in Switzerland is likely to raise eyebrows, following allegations aired in a recent BBC Panorama programme, which showed an IOC member saying he was “open to negotiations” when reporters posing as East London businessmen approached him and asked him to back London’s bid.

This is not the first time New York has turned to help from the UK. The bid’s “creative council”, which has formed its multi-million dollar ad campaign, boasts among its members Bartle Bogle Hegarty chairman and worldwide creative director John Hegarty. However, the UK is also no stranger to recruiting foreign talent – American Barbara Cassani was in charge of the London 2012 bid until earlier this year.

Coca-Cola is planning to rebrand its “Light” products under the “Zero” banner in the UK, in a drive to clarify the products’ sugar-free status and also to attract the loyalty of health-conscious consumers. The soft drinks giant is expected to rebrand Fanta Light and Sprite Light under the names Fanta Zero and Sprite Zero respectively […]

As David Reed points out (MW September 2), effective fulfilment is absolutely vital to any direct marketing campaign – unhappy customers vote with their feet and any business will have to work overtime on retention strategy if fulfilment fails to deliver. In my view, many of the problems surrounding fulfilment arise from it being handled […]