In the short life of O2 there have been many remarkable milestones. It started out as BT Cellnet, the dowdy mobile subsidiary of our biggest telecoms provider. But what a transformation took place after demerger in November 2001. Shorn of the overheads of a fixed-line business in decline, and galvanised by one of the most effective rebrands of recent times, it shot from fourth largest mobile operator to UK market leader (by customer numbers), where it has remained ever since.

In 2009 it actually overtook BT as the largest UK telecoms company. Although BT has long since turned its focus away from fixed line to broadband and IT services, fixed line remains an important cash cow. In a final irony, O2 is now attacking on BT’s home ground with the launch in early March of a series of keenly priced fixed broadband packages. A key element in some offerings is that, for about £17 a month, O2 will include the £11 line rental free, which threatens to do considerable damage not just to BT but to most of the wider competition.

There is, however, another milestone coming up in O2’s history and – to outward appearances – this one should be causing its executives sleepless nights. O2 is about to lose its cherished telecoms market leadership. This situation has not come about as a result of ineptitude, but through the corporate action of its rivals. The company, which has 21 million mobile customers in the UK, will shortly be pushed into second place by a merger of Orange and the UK operations of T-Mobile, if the regulator approves.

In fact, the blow is not nearly so serious as it seems. Of course, no one willingly concedes the advantages of leadership, especially a company like O2 which has exploited them well with the likes of the iPhone exclusivity deal (now come to an end). The truth, however, is that the mobile telecoms market is no longer a numbers game; it has become saturated and commoditised. This partly explains O2’s expansion into mobile broadband (2007) and fixed-line broadband.

But that’s not why I think O2 is well set up for the future. The key ingredient of success (as in the past so in the future) will be in the versatility of its brand. Indeed, it is tempting to see O2 less as a well-branded mobile carrier than a strong brand – with key attributes of mobility and customer service – whose core competence happens to be in telecoms.

Seen in that light, O2’s rapid diversification programme into other apparently non-related areas makes immediate sense. Acquiring the naming rights to the Dome for 15 years was, of course, a spectacular branding coup which associated the mobile telecoms operator with leisure, and more specifically the exciting world of showbiz. But its basic rationale must have been to reward and incentivise customers for their loyalty to the brand.

Likewise, the establishment of the O2 Money brand last August. In itself, there is little remarkable about launching a couple of free pre-paid debit cards which happen to load from your mobile phone. Lots of companies have credit and debit card affinity schemes. It is clear, however, that these were the launch-pad for a much more ambitious foray into financial services. The tie-up with RBS-owned NatWest is, of course, an echo of Tesco’s ability to extend into new areas; and that echo has now been reinforced by the announcement of an insurance product launch.

There’s even more to it than that: the chosen launch product is travel-related (in association with Mondial Assistance), which neatly underlines the notion of “mobility” while simultaneously reminding us of the brand’s earlier association with leisure via The O2 Dome.

It is tempting to see O2 less as a well-branded mobile carrier than a strong brand – key attributes mobility and customer service – whose core competence happens to be in telecoms.

No doubt the decision to break into financial services at this point is a piece of inspired opportunism. After all, the traditional purveyors are tarnished as never before, which has weakened the barriers to competition – as we can see from the growing confidence of Virgin Money, the proposed launch of Metro Bank and the emergence of “country banking”.

The wider point, however, is that O2 the brand (like Tesco the brand) can successfully communicate trust in a sector where there is a notable deficit.

And yet I do not think this parallel with Tesco as a general diversified services brand in the making should be taken too far. True, O2 chief executive Ronan Dunne has well developed plans to move into additional sectors such as education and healthcare. And 21 million customers certainly makes O2, like Tesco, a household name (not to mention the up-to-260 million people in 24 markets it can potentially reach as a subsidiary of Spanish telecoms company Telefonica). But aspiration and a wide consumer base are not themselves sufficient to create another Tesco.

Look what happened to Centrica, the British Gas services subsidiary, when it attempted to go down the same diversified services path. It became a stretch too far for the brand. Consumers failed to appreciate why they should buy their car insurance from the people who supplied them with their gas.
So far, however, the O2 brand has not committed that mistake. It has carefully weighed any diversification against the criteria of “mobility” and enhanced “customer service” before committing itself.

In some ways, Virgin is a better paradigm for the O2 brand than Tesco. They have a number of attributes in common – youth, mobility, leisure, travel. Virgin is the quintessential challenger brand, good at shaking up monopolistic sectors where standards of service and value for money are poor. Despite its corporate ownership, O2 is also an entrepreneurial brand with a proven track record in shaking up complacent sectors with keen pricing and superior packaging. The key is to keep the offer credible. 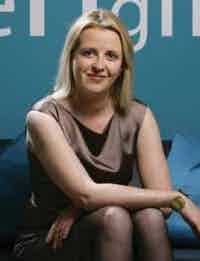 It isn’t often marketing lies at the heart of a story about celebrity scandal. But the allegations that England and Chelsea captain John Terry has been having an affair – and failed to keep this out of the press through a super-injunction – may have entered the public arena due to the player’s profile as a sponsorship vehicle, rather than a husband.