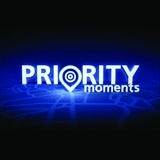 The hijacking of the iPhone app reviews – a process known as astroturfing – skewed the average “customer” rating of Priority Moments to five stars, boosting its exposure in the App Store, according to consumer blog Bitter Wallet.

Reviews in the App Store cannot be challenged or deleted.

One review, by Stu_4_U, which is also the Twitter handle for Stuart Maciever, O2’s consumer customer lifecycle, revenue and communications lead, says: “Brilliant! VIP. [sic] Access at Gatwick Airport, free food, free drink (as much as I can…) Wow! O2 you are my hero Thanks.”

In response to the accusation that O2 had astroturfed its own app’s ratings, a spokesman says: “Since O2 Priority Moments launched we’ve seen it appear in the top five most downloaded free iPhone apps and pick up numerous positive reviews.

“Regrettably, a small number of these have been from O2 staff involved in our internal Priority Moments trial who didn’t explain they were staff.

“While our policies are clear that our people must identify themselves as O2 employees when posting comments about O2’s products and services, some of the more enthusiastic ones have forgotten this.

“We have since reminded all our people of our policies to make sure their views are given more transparently in the future.”

O2 is backing the launch with a £6m integrated marketing campaign. 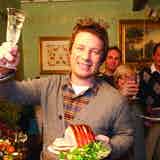 Sainsbury’s is to part company with its brand ambassador Jamie Oliver after 11 years. 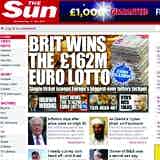 Advertisers have instructed several of the major UK ad networks, including Tribal Fusion and Unanimis, to stop placing ads across News International websites.