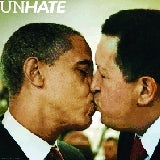 An image of US President Barack Obama and Venezuela’s Hugo Chávez embracing is one of several pairings the fashion brand will use in its UNHATE activity, which aims to demonstrate that “hatred is never appeased by hatred in this world”.

The campaign, which the company claims is “constructive provocation”, comes more than twenty years after its “United Colours…” activity caused controversy by depicting images that played on race, gender and religious stereotypes.

United Colors of Benetton was a leading European fashion brand in the 1980s but has since lost its position to brands such as Zara, Topshop, Gap and H&M.

Others seen “reconciling” their differences in the UNHATE campaign include Palestinian president Mahmoud Abbas and the Israeli prime minister Benjamin Netanyah, while Pope Benedict XVI is seen demonstrating the “most universal symbol of love” with Muslim leader Ahmed Mohamed el-Tayeb.

Has your retail strategy delivered above and beyond expectations? Enter the Marketing Week Engage Awards 2012, find out more by clicking here.

It’s encouraging to see these examples of companies that not only understand, but are acting on the link between engaged colleagues and improved business performance (Cover story, MW November 10). The real value of social media tools lies in their ability to flatten the traditional communications hierarchies. However, as Christy Stewart-Smith says, ’trust’ is the […] 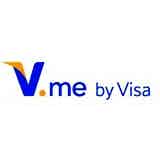 Visa has unveiled a digital wallet, brand V.me, as the company plans to boost digital payments, both online mobile, from next year.Read full article here. Has your strategy paid off? Enter the Financial category in the Marketing Week Engage Awards 2012 by clicking here. 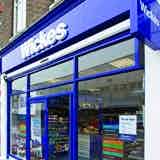