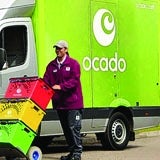 Ocado will offer Carrefour’s “Reflets de France” range of authentic French produce in the UK, alongside its current range of Waitrose and own-branded products.

It comes as a decade-long deal between Ocado and Waitrose that prevented Waitrose from extending its online business into the M25 area ends.

From 1 July, Waitrose will deliver in the lucrative London area – Ocado’s stronghold.

Tim Steiner, CEO of Ocado says the Carrefour partnership is an “important development in our strategy to offer the broadest and most diverse grocery range to all our customers in the UK.”

It has also extended its own-label range to 350 products and says more than 68% of customer orders include own label products.

Ocado is also looking into non-food opportunities and poached Tesco’s multi-channel development director Simon Belsham in March to head up the move. It has also signed a lease on a 100,00sqft warehouse to operate a non-food business.