Ocado posted a pre-tax loss of £12.5m in the 52 weeks to 31 December 2013, down from the £0.6m reported for the year earlier. Investment in increasing capacity was blamed for falling deeper into the red.

Ocado announced Gissing would retire from the board in May. Gissing, who founded the firm with chief executive Tim Steiner, had board-level responsibility for marketing and brand development as well as supplier and customer relationships.

His marketing responsibilities will be distributed to colleagues ahead of his departure. It is not known if he will be directly replaced or whether additional marketing resource will be hired. Lawrence Hene is currently Ocado’s director of marketing

A spokeswoman for Ocado says further announcements will be made over the next few months.

Steiner says: “I have worked with Jason for 20 years. Jason has led the development of our brand, and helped shape the culture inside Ocado and the way we are perceived by our customers.

“After our IPO he focused almost exclusively on marketing and cultural matters before taking on the role of commercial director. “

Gissing will support environmental causes away from Ocado, according to a statement.

Ocado will be hoping the £216m deal it signed with Morrisons to operate the latter’s online grocery service will pay dividends in its current financial year. Morrisons’ site went live last month.

George Scott, retail consultant at Conlumino, says if the tie-up proves successful, given Ocado’s inability to turn a profit to date, questions will be asked about its future as a stand-alone business.

“Indeed, for all the improvements in its brand, it is Ocado’s operational strengths which may contain the key to its future. It is its specialist capabilities, which initially enticed Waitrose and, more recently, Morrison’s to pay for its services and Ocado’s actions could be seen as an admission of an inability to generate a profitable standalone online-only grocery business.

“With rumours that French grocer, Carrefour, and Canadian chain, Loblaws, are now on the radar, many are now questioning what Ocado’s future is: online grocer or fulfillment platform partner. With Ocado’s share price increasing near to 200 per cent since the Morrison’s deal was announced last year, the verdict on this from the City seems pretty clear.” 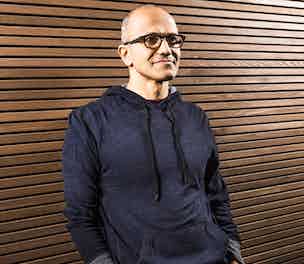