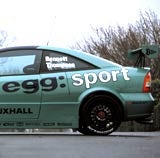 A Motorsport boss claims his livelihood is on the line because of a bitter feud between two of the world’s largest sports sponsorship agencies.

Murray Soanes, who runs a team of the same name in the British Touring Car Championship (BTCC), claims a deal with Ford has foundered because of the argument between Octagon and IMG.

Soanes, who has been represented by IMG to find backing for his team, says he has been left in the cold since Octagon took over management and marketing of the event at the beginning of this season.

Soanes claims IMG won’t back him because of Octagon’s association with the BTCC. He says: “This could be the death of the team. We have to payroll 24 staff and a contract for the 2001 to 2003 seasons with the Ford Motor Company to fulfil.”

Soanes sent an e-mail to IMG representative Richard Carmichael seeking finance for next season earlier this month. Carmichael replied: “There is a political issueOctagon is our largest rival and many of its senior management are ex-IMG. There is a great deal of bad feeling between the two organisations.

“We are not over-eager to help any Octagon event succeed. This unfortunately includes the BTCC.”

Telecoms company Redstone, an IMG client, also pulled out at the end of last season with Honda, which the company sponsored. But the e-mail clarified that it had advised its client to do so because of economics.

An Octagon spokesman says: “We sympathise with Murray Soanes’ situation but IMG is a very professional organisation.”

A spokesman for Ford says: “We have had on-going talks with Murray Soanes Motorsport but we have no commitment for Ford Focus in the BTCC.”

After flicking through the pages of your magazine (MW April 12), I was amazed that The Diary was desperate enough to compare Allan Leighton and Phil Mitchell. Surely the reporters of Marketing Week can find better look-alikes than this. What about the resemblance between the much talked-about man drinking port and Norman Tebbit. Please can […]

It’s not very often an ad creates a star, but Halifax’s “Sex Bomb” execution has done just that. When Halifax employee Howard Brown appeared in the ad, singing said song, with lyrics adapted by the building society’s creative agency Delaney Lund Knox Warren, it seems many female viewers were turned on to more than his […]

Traidcraft, the UK’s largest independent fair trade organisation, is launching a range of New World wines later this year. The range will comprise two wines from South Africa and two from Chile, and will be available in major supermarkets or through the Traidcraft website. The Chilean wines are produced by a Traidcraft co-operative which aims […]