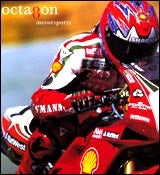 Octagon Motorsports, a division of the Interpublic-owned sports and entertainment group, is launching an international motor racing series, called Superstars.

The touring car series is being positioned as a four-wheel version of Octagon’s Superbike World Championship, in which teams use production models. It is being supported by world governing body the Federation International d’Automobile (FIA).

Superstars teams will race specially-tuned cars, not prototype racing vehicles, at top circuits across Europe, including Silverstone and Brands Hatch in the UK, Monza in Italy, and NÃ¼rburgring in Germany. The series starts in April next year.

Octagon Motorsports chairman Maurizio Flammini says: “We are confident fans will fill the grandstands to enjoy genuine competitive racing, which will also be highly attractive to armchair fans.”

The company is in negotiations with sponsors and broadcasters about the series, and with leading motorsport teams such as Prodrive and TWR.

The move follows last week’s announcement that Octagon-owned Brands Hatch has won local council approval for the redevelopment of the motor racing circuit. This is despite objections from Formula One team bosses, including Sir Frank Williams, who want the British Grand Prix to remain at Silverstone.

Brands Hatch last year secured the rights to stage the event from the 2002 F1 season. The company still needs government approval for the redevelopment scheme.