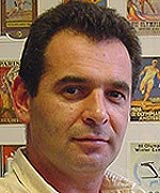 Aidan Day has been promoted from his role of senior vice-president operations to managing director of the UK arm of Octagon Marketing, one of the four divisions of global sports and entertainment agency Octagon.

Day has been caretaking the managing director’s role since his predecessor, Tom Bury, fell ill last year. Day says that no decision has been made whether to fill the senior vice-president position created by his promotion.

Before joining the sports marketing agency, Day was the owner and managing director of UK event organiser and sponsorship consultancy Davies Day, which was bought by Octagon in 1999.

He says: “My job will be to secure as much business in terms of contracts as I can into next year.”

Day adds that one of his tasks will be to continue to develop and broaden Octagon’s entertainment portfolio.

Octagon was formed in 1997 and is part of the Interpublic Group. Its four operating groups worldwide are Octagon Athlete Representation, Octagon Marketing, Octagon CSI and Octagon Motorsports.

Camilla Ballesteros hit the nail on the head by saying too many companies’ view customer relationship management (CRM) as an exclusively technological solution, rather than a communication process with rules that need to be adapted as one learns along the way (MW September 27). I would also add that even more businesses embark on a […]

Bank of Scotland has aspirations to be a cutting-edge financial institution now that it has merged with the Halifax. But the Diary wonders whether having a full-time butler really fits with this image. At the company’s HQ in Edinburgh, Andy the butler, resplendent in white gloves and wincingly deferential, can be seen every morning pouring […]

The story about Moben adding an umlaut over its “o” is an interesting one (MW September 13). Had one of its ranges been called “The Stuttgart”, then the aim to provide a German feel would have been decently fulfilled. As it is, the conclusion must be that some form of deception was, consciously or unconsciously, […]