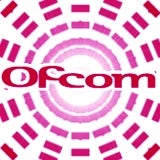 The cost-cutting exercise is in response to the review of public bodies, or quangos, announced by the coaltion Government last year in which it announced it would cull around 200 quangos and dramatically reduce budgets for those remaining.

Ofcom also outlined its five priorities for this year and next: promote effective and sustainable competition, promote the efficient use of public assets, help communications market to work for consumers, provide appropriate assurances to audiences on standards and contribute to and implement public policy defined by Parliament.

As part of its “promotion of effective and sustainable competition”, Ofcom aims to ensure fair and effective competition in the delivery of pay TV services and promote competition and investment in superfast broadband.

Other priorities include ensuring telecommunications, broadband and pay TV providers deliver clear information in advertising on speeds and services to ensure customers make informed choices and can switch easily.

Ofcom will also adapt its regulatory approach in line with new technologies – such as mass-market internet TV and evolution of on-demand services – and will work with co-regulators such as the Association for Television On-Demand to develop its content regulation so it is fit for purpose.

In addition, Ofcom will contribute and implement public policy as defined by Parliament. This includes preparing the takeover of postal services regulator Postcomm, implementing provisions around copyright infringement and readying a report to the Government on licensing arrangements for Channels 3 and 5 when their licenses expire in 2014.

Ofcom’s draft work programme is subject to consultation and those wanting to submit any responses to the proposals must do so by 1 March.