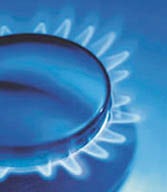 It will announce plans for the Department of Work and Pensions (DWP) looks at new legislation to allow more data to be shared between the Government and energy supplier to better target poorer customers. It will also include a Government-funded scheme that will ensure that vulnerable consumers are on the cheapest tariff.

But consumer group Energywatch and Friends of the Earth have criticised the measures because they “fall short” of expectations.

Ed Matthew, Friends of the Earth warm homes campaigner, says: “The only way to warm up our 4 million homes is to super-insulate them and help them produce their own energy. The Government must stop reshuffling the same old idea and instead jumpstart a widespread and strategic programme of energy efficiency and renewable energy.”

Energywatch director of campaigns, Adam Scorer, adds: “We are at a loss to understand the reluctance of the Government and the regulator to move more quickly and decisively on social tariffs and on unfair charges to pre-payment meter users.”

A survey published today by the National Housing Association reported that 14% of gas prepayment meter customers have “self disconnected” over the last year due to not being able to afford to top up the meter.

Friends of the Earth and Help the Aged filed a judicial review last month, and threatened to sue the Government for not doing enough to help the fuel poor (MW.co.uk April 9).