Project Canvas is an alliance between ITV, Channel 4, Five, BT, Talk Talk and Arqiva to build an open internet-connected television platform. The OFT decided to look at the initiative in March.

The OFT says that it does not qualify for investigation under the merger provisions of the Enterprise Act 2002, in particular because none of the partners is contributing a pre-existing business to the Canvas venture.
The BBC initiated the project, contributing existing research and development and the contributions of the other partners are primarily financial.

The OFT says that the initiative differs from the Project Kangaroo joint venture which was blocked by the Competition Commission in 2009. Canvas joint venture partners will not contribute any video-on-demand content or other business to the initiative and Canvas will have no role in aggregating, marketing or directly retailing any such television content.

Sheldon Mills, OFT director of mergers says: “In the context of a start-up joint venture such as Project Canvas, the merger control provisions are designed to capture arrangements leading to the transfer of a pre-existing business.
“Our investigation has confirmed that the JV partners, including the BBC, do not intend to transfer an existing business into the JV. Therefore, regardless of the potential significance of Project Canvas JV for the future of internet connected television, the notified proposals do not give rise to a merger qualifying for substantive investigation by the OFT.’ 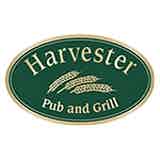 Mitchells & Butlers (M&B) says increased marketing activity has helped drive sales up across its portfolio of pub and restaurant brands.