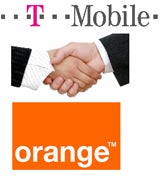 The merger of France Telecom’s Orange network and Deutsche Telekom’s T-Mobile would create the largest mobile phone operator in the UK, with 29.5m customers.

The combined network would have a market share of 37%, ahead of O2, which has a 25% share and Vodafone, which has 27% of the market.

The network operators say they have submitted a proposal to the European Commission for approval but there are calls from consumer groups for the merger to be investigated by the UK competition authority.

The merger would reduce the number of major mobile networks in the UK and there are concerns over the impact on competition.

Last month, media watchdog Ofcom warned that the merger between Orange and T-Mobile could trigger an in-depth review of the UK’s mobile market.

The deal between Deutsche Telekom and France Telecom was formalised in November, two months after the deal’s announcement. 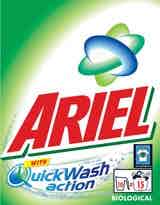 Ariel is revamping its brand through the introduction of revolutionary new technology called Actilift across its portfolio.