The OFT will launch an in-depth probe into some price comparison sites following a consultation with industry and consumer groups that ended on 18 September, according to a report in The Observer.

Financial sites have already been investigated by the Financial Services Authority, which last year ruled against a number of firms after finding several depressed the price of initial quotes.

The Office of Fair Trading (OFT) also recently launched a wider investigation into “misleading” advertising and pricing both on and off-line.

Price comparison sites have registered an increase in traffic from consumers looking to cut household spending in wake of the recession.

Many have launched major marketing campaigns to gain or hold market share.

The site has enjoyed a189% rise in sales since September, while traffic increased 200% year on year in the second quarter.

The success of the Meerkat campaign has prompted others into action with rival GoCompare recently launching its own character-led campaign starring the opera-singing Gio Compario.

Some women complain that they are always the bridesmaid and never the bride. Until now, interim marketers have suffered from the same problem. Seen mainly as stopgaps, filling positions left vacant by promotions, redundancies and budget cuts, they have traditionally been the marketing sector’s bridesmaids. 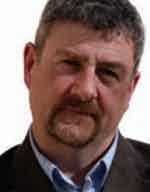