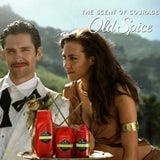 Old Spice is launching a follow up to its hugely successful ’The Man Your Man Could Smell Like’ advert to promote a new variant of the fragrance.

The ’Jungle Wilderness’ television spot by Wieden + Kennedy pushes its new Danger Zone scent and targets ’brave explorers’ outside of the US market. It is unclear which markets the ad will be televised in.

Creative shows the Danger Zone man suavely making his way through the jungle as the risks of bodily harm increase throughout the spot.

Old Spice is hoping to expand on the success of its previous spot starring actor Isaiah Mustafa, which has received over 31m views on YouTube. In the US, the hunk is still the face of the brand and his latest ad began airing in February showing him with a komodo dragon.