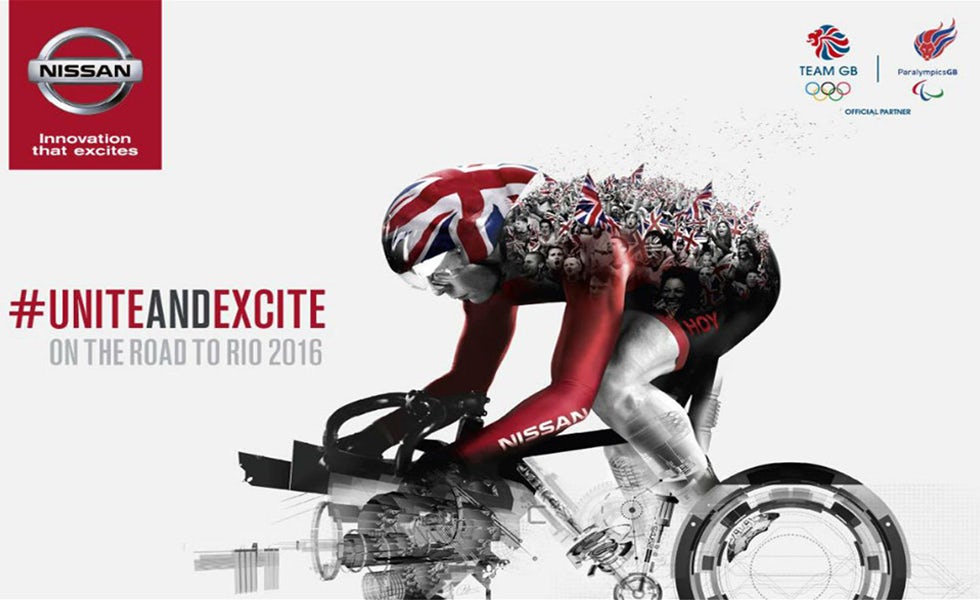 Samsung and Nissan were two of the best performing sponsors at the Rio Olympics, according to the latest Brand Agility Index study by PR firm Waggener Edstrom Communications [WE].

Over the two week duration, Samsung, which has been praised for mixing high-drama with comedy around its activation at this year’s Olympics, clocked up 20,635 global mentions, while its index ranking of 103 points made it the standout sponsor. Its closest rival was Coca-Cola, which raked in 17,405 mentions and an index ranking of 94 points.

However, it is fair to say total global mentions were noticeably subdue, with just 76,226 from 11 of the biggest Rio 2016 sponsors.

Just behind Coca-Cola in third place was Visa, which managed 9,781 global mentions. The likes of Toyota and Bridgestone scored even lower, with both sponsors managing just 1,614 and 1,090 mentions respectively. And giants such as McDonald’s failed to achieve any significant standout, with WE blaming its “connection to unhealthy food”. McDonald’s index ranking of 68 points makes it a poorer performer than much smaller sponsors including Atos and GE.

The Index ranking is compiled by rating brands out of five in areas including a campaign’s scalability, relevance, the speed at which it responds on social media, engagement, originality, personalisation and sentiment. WE achieves this by analysing all conversations and engagement levels from brands across news, blogs, forums, Twitter, Facebook and Instagram and comments on YouTube during the tournament. In analysing the volume of mentions, WE focuses on mentions that specifically include both the brand’s name and a reference to the Olympics.

Organisers say they sold 5.7 million of a total 6.5 million tickets available for the games, with many high-profile events subsequently hit with empty seats. In the build-up, meanwhile, the Rio Games were plagued by various doping scandals and fears around the Zika virus.

However, Gareth Davies, head of digital and insight at WE, does not believe sponsors have failed purely due to weaker anticipation. Many, he says, have failed because they struggled to get the marketing basics right.

He explains: “Building a proper narrative is the one thing that brands sort of forgot about. As brands such as Omega, Asos, Toyota and Fitness First all focused on celebrating athletes’ wins with celebratory posts, they forgot about the broader take of building a brand narrative.

“Whilst they shouldn’t be celebrating in a way that takes the limelight away from the athletes achievements, not many brands did so in a way that was unique to them and their narrative or hashtag. As a result, we ended up seeing a lot of congratulatory posts but nothing stood out enough to truly be engaging.

“In sharp contrast, Samsung pushed out its School of Rio videos at regular intervals to help drive deep engagement. This means that the brands always had something to push in order to score well in engagement and sentiment reaction.”

Great Britain set an Olympic record by winning 67 medals at the games, two more than at London 2012 and second to the US.

And when it comes to Team GB sponsors, the biggest winner was Nissan, which achieved an index score of 99 points. The success of Nissan (see below) and Samsung (which had ads starring comedian Jack Whitehall), which both opted for comedic campaigns, prove that a lighter approach was “absolutely key” to success , according to WE.

Nissan was closely followed by Adidas (88 points) and Aldi (85 points) as the best performing Team GB sponsors. In terms of total mentions within the UK market, Nissan clocked up 4,025 compared to 5,421 for Aldi and 7,529 for Adidas.

“Aldi, Nissan and Adidas all appeared to have clear content strategies for the games this year, albeit lacking real time prowess, all managed to keep fans engaged throughout the event,” adds Davies.

However, the majority of Team GB sponsors failed to achieve any significant standout. Kellogg’s received a meagre 100 mentions, while Fitness First generated only 59. In fact, of Team GB’s nine main sponsors, Aldi, Nissan and Adidas were responsible for 78% of the total of 21,470 mentions.

Steve Looney, head of brand and communications at Opinium Research, says many sponsors will now be nervous about prioritising athletics over football.

He concludes: “Compared to tracking of Euro 2016, our research for the Olympics has shown few brands being able to capitalise on connections to Rio 2016, or the ultra-successful Team GB.

“Despite a phenomenally successful games for Team GB compared to a dismal Euro’s for England, brands found it easier to cash in during the Euro’s and so, moving forward, football looks a much stronger commercial bet for brands in terms of driving awareness.”

Nissan will be speaking at the Festival of Marketing, which is running on the 5 and 6 October at Tobacco Dock, London. For more information about the event, including how to book tickets, click here. 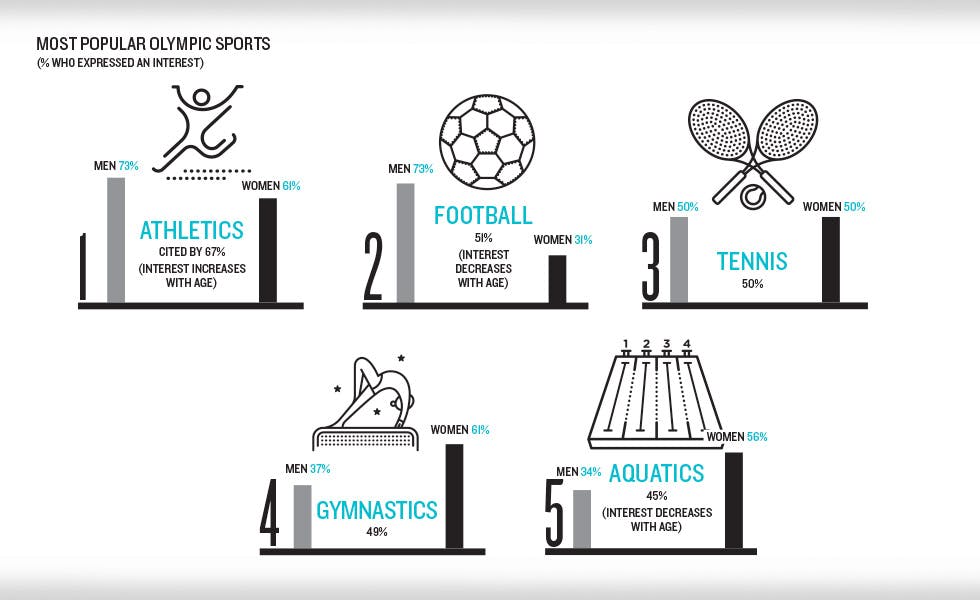 With just over 100 days to go until Rio 2016, brands stand to benefit greatly from being associated with the major sporting event as research reveals a third of people define themselves as ‘obsessed’ with the Olympic Games.