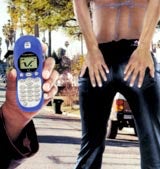 Ogilvy &amp; Mather has axed 19 members of staff from its UK office, six per cent of its 300-strong workforce.

The axe has fallen at the advertising agency across all departments and on various accounts, but the cuts will not extend to the rest of Ogilvy UK.

Senior O&M managers have blamed the redundancies on advertising budget cut-backs by several of the agency’s clients.

O&M chairman and chief executive Paul Simons says: “Following a very successful year in 2000, the first quarter of 2001 has slowed significantly, principally due to the current economic climate in the US.

“While we are predicting growth this year, our action is taken in the light of the current economic climate.”

The agency has refused to name which of its clients are cutting their budgets and whether any of its existing accounts are under threat.

O&M was fired by Lever Fabergé from the estimated &£25m pan-European Impulse account in February this year. The cosmetics giant handed the business to Bartle Bogle Hegarty, the agency behind Lever’s successful Lynx advertising.

Motorola, one of O&M’s biggest clients, recently announced 22,000 job cuts worldwide as part of a restructure to stave off the effects of the predicted economic slowdown and a fall in sales of high tech gadgets and mobile phone handsets.