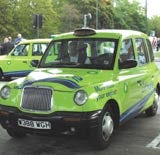 Ogilvy &amp; Mather (O&M) is bracing itself for a possible review of the &£150m global advertising account for BP after the oil giant put feelers out to nine other advertising agencies.

BP claims it is simply conducting a benchmarking exercise at the behest of BP’s internal procurement division. However, the oil company is understood to be using the guidance of Agency Insight, fuelling speculation there could be a full-blown review of the account.

A BP spokesman says: “We are looking at the market to ensure our relationship is optimal and that we are not missing any opportunities.”

The BP account is the only global account run out of O&M’s London offices, and includes responsibility for other BP brands such as Castrol oil. BP director of global advertising Dave Welch will be overseeing the review with procurement colleagues.

BP group chief executive Lord John Browne was personally involved in moving the company’s global advertising account out of the Doner network and into O&M in 1999, ahead of its major rebrand.

In 2000 BP unveiled its new “green” identity as “Beyond Petroleum” created by Landor, with a sunflower as its new logo, promoting its ecological and social responsibility credentials. O&M’s most recent work for BP was a multi-million pound integrated campaign for BP Ultimate, its premium fuel to rival Shell’s Optimax. (MW October 9, 2003).

Computers are now an integral part of our lives – many of us would be lost without them. And to some heavy users, the PC is becoming as important as friends and family

Consumers are tired of silent calls – they are signing up to the TPS in huge numbers, and legislation looms. Jo-Anne Flack looks at the causes of the problem, and what can be done to solve it

Novamedia, which claims to be the world’s largest charity lottery operator, is to launch a national lottery in the UK later this year, in a challenge to Camelot’s “good causes” marketing platform. Industry sources say the Netherlands-based operator’s planned UK lottery games will allow people to choose which good causes the money will be donated […]