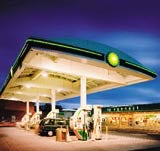 Ogilvy &amp; Mather (O&M) has retained its grip on BP’s &£150m global advertising business despite the oil giant speaking to other agencies.

In March, the disclosure that BP was talking to other advertising agencies fuelled speculation that it was about to review its advertising arrangements (MW March 18).

At the time, BP said the exercise was to make sure it was not missing out on any opportunities. The company now says it was purely a benchmarking procedure, led by its procurement division.

BP director of global advertising Dave Welch oversaw the process. It is understood that he used the services of Agency Insight and that nine advertising agencies supplied information.

A spokesman for BP says: “We thanked the agencies for their information, which we will use to develop our relationship with O&M. We do this with all our suppliers, whether it be advertising or pipe lines.”

The BP brief is the only major global account that is run out of O&M’s London offices. The agency created a multi-million pound television campaign for BP last year, promoting its Ultimate fuel brand, a rival to Shell’s premium Optimax fuel brand (MW October 9, 2003).

BP is the ninth-largest company in the world by market value.

Mother has created an advertising campaign for Coca-Cola Great Britain’s Dr Pepper soft drink brand to support its sponsorship of MTV programme Punk’d. The four 30-second executions, which will run on MTV, feature actors who are asked to audition for a Dr Pepper ad in one of a variety of styles, such as a cheerleader […]

Mackays, the value chain, has appointed former Debenhams and Laura Ashley marketing chief Jillie Lyons as its head of marketing.

Telegraph Group is down to its last three bidders, believed to be the Daily Mail &amp; General Trust, venture capital firm 3i and the Barclay brothers. Final binding bids are expected to be submitted next week.