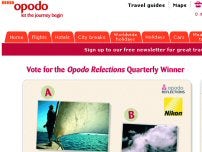 The growing tendency to book holidays on the internet has seen online travel companies prosper at the expense of high street travel agents in recent years. But with one of the major online players, Opodo, slashing up to 90 jobs as part of an overhaul of its management structure (MW last week), it seems it is not only the travel agents that are struggling in an increasingly competitive market.

Opodo commercial and product director Sally Balcombe has left by “mutual consent”, along with the company’s chief finance officer, human resources director and UK country manager Neil Mott. There are also question marks hanging over the futures of European director of sales and marketing Petra Friedmann and European head of marketing Isabelle Ratinaud as Opodo adopts a decentralised structure.

Opodo was created in 2001 by nine European airlines, including British Airways, Air France and Lufthansa. Spanish travel technology company Amadeus bought a controlling stake in 2004 but the job cuts have prompted speculation that the business is being prepared for a sale.

In the shop window?
The online travel sector has been through a period of consolidation in recent years with Travelocity buying Lastminute.com for £577m and Ebookers being acquired by US group Cendant for £209m. An Opodo insider claims that Amadeus, which is owned by private equity firms BC Partners and Cinven, will sell its stake next year unless new chief executive Ignacio Martos can turn the business around.

Mott predicted further consolidation in the UK market after Ebookers was bought at the end of 2004. He told Marketing Week at the time that there was only room for three major players and that he believed Opodo would be one thanks to the backing of Amadeus. But the company has reported heavy losses since then and now appears to be a takeover target itself. A source close to Opodo thinks its original business model was one of its main problems.

“It was a bit of a reactionary move by the airlines to the rise of companies like Expedia, and that’s not a great reason to start a business,” says the source. “I don’t think it ever worked out what its point of difference was and it’s one of the most dysfunctional companies I’ve ever come across. It doesn’t have a lot of stability and there were constantly people with the word ‘acting’ in front of their titles. People there were always talking about who the business was going to be sold to and how much it was worth. It almost had a dotcom feel to it.”

A recent report from Continental Research said that 21 million people in the UK now use the internet to find information about their holiday. According to the report, 32% of those 21 million use online travel companies to book their holidays, compared to just 15% who turn directly to travel agents and operators.

Falling Behind the Leaders
But Opodo appears to be losing out to the likes of Expedia and Lastminute.com, particularly in the UK. One reason for this, say some industry observers, is that its brand is not as strong as some of its rivals.

Opodo appointed marketing consultancy Promise to a global brand positioning task in 2005 (MW June 16, 2005). Ratinaud said at the time: “At a time when the battle for customer loyalty is intensifying among travel operators, the importance of strong brands has never been greater.”

Karmarama was appointed to develop a campaign based on Promise’s findings, which showed that customers wanted a more “emotional” relationship with the company. Karmarama’s campaign, which broke in February last year (MW February 16, 2006), was based on the theme of “travel inspiration” and featured the strapline “Let the journey begin”.

However, the company parted company with Karmarama soon afterwards and handed its pan-European account to French agency Frederic Duverge. One advertising industry source says: “I would argue there’s been a lack of consistency at Opodo. It used to work with Leagas Delaney and then Karmarama, but a lot of the work that Karmarama produced didn’t get used. There have been quite a few personnel changes at Opodo and every time a new person comes in they want to have a say in marketing.”

Another advertising executive does not believe there has been enough investment in the brand. Opodo’s pan-European spend is estimated to be £3m but high street rival Thomson spends £15m in the UK alone. “Opodo has never really fulfilled its potential and I think that’s because it hasn’t had deep enough pockets,” says the source.

“One of the big issues all online businesses face is that they lack the ‘top of mind’ awareness that high street players have. They don’t have a high street presence so their shop window is their communications. Unless they can afford to spend quite heavily on marketing they will fall off people’s radars – £3m isn’t enough to make a dent in the UK market, let alone across Europe, with so many brands fighting for the same space.”

Policy on the Hoof
Opodo claims the new decentralised structure will allow each market to react to changing conditions and introduce additional local content and products. Martos says: “The internet is a fast developing medium and in order to be able to react immediately to changing needs it is imperative that our markets are able to achieve a high degree of flexibility and autonomy.”

The move is supported by head of customer management and practice at Deloitte in the UK, Robert Bryant, who says it is not necessarily a sign that the business is in trouble. “Strategically and tactically it makes sense to have your marketing function closer to your consumer base,” he says. “You are less likely to be successful if you set yourself up as a European travel operator in this way. The more successful operators are keeping their marketing local.”

The new structure will see directors responsible for each market, although an appointment has yet to be made in the UK. Head of operations Caroline Noble is acting UK director. It is not yet clear whether the move will lead to a rethink of the company’s advertising arrangements but it appears that one of the biggest challenges facing Opodo is reawakening people’s interest in the brand. Further consolidation in the sector looks inevitable and, with two major private equity firms now in control, the new management must act fast to safeguard Opodo’s future.

United Biscuits has been forced to scotch mounting speculation that it will conduct a review of its suppliers after the company’s acquisition by private equity firms Blackstone and PAI Partners. Some observers had suggested that a supplier review was being put in place by the procurement department to ensure best value. But a company spokeswoman […]

Capital Radio has lost the title of London’s biggest breakfast show to rival Heart just days after presenter Johnny Vaughan signed a new three-year contract. Heart’s Jamie Theakston and Harriet Scott grew their audience by almost a quarter to 948,000, while Vaughan added 31,000 listeners in the final quarter of last year to take his […]

This week sees the release of a ranked index of the most valuable global brand properties, using ‘credit agency’ criteria which show that a well-known soft drinks giant definitely is ‘the real thing’