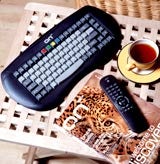 The agency began working for ONdigital before the two shareholders in the company – Carlton Communications and Granada – announced last month that the pay-TV platform was to rebrand as ITV Digital (MW May 3).

It will work alongside ONdigital’s media agency New Phd.

It is understood that Naked is also working across the new sports channel ITV Sport which will be launched later this year.

A spokesman for ONdigital says: “Naked is being used to give us advice on media activity.”

Jeremy Dale, marketing director for ONdigital, is seeing pitches from creative agencies to handle the launch of the new channel. ONdigital’s creative agency, BMP DDB, Leagas Delaney and Mother have all been shortlisted.

There has been speculation that Dale may embark on a review of ONdigital’s main creative account as the company prepares to rebrand as ITV Digital.

But a company spokesman says: “We are still working with BMP on the business.”

Naked was formed in August last year when Jon Wilkins, John Harlow and Will Colin all left New Phd. The agency has since picked up business from Britannic Money, Selfridges, Metro, Costa and telecoms company Sprint.