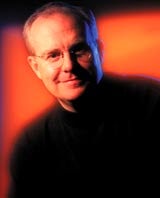 One 2 One has appointed a new sales and marketing chief. He comes from Apple Computers in the US.

Clent Richardson, chief sales and marketing officer, takes over the responsibilities of commercial director Richard Shearer, who left One 2 One at the end of last year without a job to go to.

Marketing director Tim Yates, sales and distribution director John Barton and business unit director David Henson will report to Richardson, who has responsibility for all aspects of sales, marketing and customer equipment.

At Apple US, Richardson reported to co-founder Steve Jobs. He held the post of vice-president worldwide developer relations and worldwide solutions since 1997. Richardson will report to One 2 One managing director Harris Jones.

“Richardson joins us at a time when we are moving to a new stage in the company’s development,” says Jones. “With over 8 million customers and a market share of about 21 per cent, we now aim to focus on retaining customers by delivering value and service excellence. Richardson is going to have a crucial role in developing and implementing this strategy.

One 2 One, a wholly owned subsidiary of Deutsche Telekom, ranks behind Vodafone, Orange and BT Cellnet for the number of Net subscribers signed up to its network.