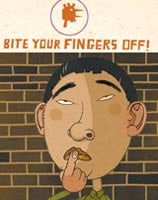 Bringing all the elements together in an international marketing campaign involves months of careful planning. So it is understandable that even adept marketers slip up from time to time. An early attempt by the fast-food retailer KFC to say “finger lickin’ good” in Chinese became “bite your fingers off”. Another US corporation struggled to translate its catchphrase “turn it loose” into Spanish, and had the misfortune to run an ad urging Hispanic consumers to “drink [our beer] and get diarrhoea”.

Howlers such as these, which have been recorded for posterity by David A. Ricks in his book Blunders in International Business, embarrass the companies that commit them. But at least they are comical and get people talking about the company. More damaging to a company’s performance in the long-run are the mundane problems, which arise when marketers produce campaigns that simply fail to hit the mark, either because the creative treatment or the media mix is not right for the target market.

A world of opportunity

With the arrival of global media groups and international advertising agencies, marketers have the opportunity to promote their brands anywhere in the world, using the same media, the same message, and the same creative executions. For instance, in the business-to-business market, IT companies and consultants increasingly target corporate decision-makers through advertisements carried by global media, such as Time, The Economist and the CNN television network. But while cross-border campaigns may seem logical for companies that want to reach clients with an international outlook, can the same be said of companies that operate in consumer markets?

However much companies may want to use the same media across countries, in actuality local conditions limit the scope for standardisation. Advertising regulation is a case in point. For instance, some countries do not allow the promotion of certain products, such as alcohol and tobacco. Other countries permit them to be advertised through press and outdoor media, but not through TV and radio.

But even where no legal restrictions apply, it is still important to adapt the media mix to reflect the position the brand occupies in the local market. For instance, awareness-building media, such as sponsorship, posters and TV, are often the most effective tools to use in markets where brand recognition is poor. However, when the key objective is to convert awareness into sales, allocating a larger share of the budget to press and direct mail may give a better result.

Developing an effective media mix is not simply a matter of analysing the position of the brand in a particular market and selecting the right media package. In fact, according to Mick Byrne, planning director at direct marketing agency OgilvyOne, one of the biggest pitfalls in international marketing is to extrapolate blindly from one market to another.

Byrne points to the way in which UK financial services companies have had to rethink advertising strategies to tackle the South African market. “Financial service companies often come to us assuming they will use TV to build awareness, and press and direct mail to explain the details of their products, because that is the classic combination to use in the UK. In South Africa that simply won’t work, because the postal service is unreliable,” he says.

To succeed internationally, Byrne says companies need to combine marketing know-how with a detailed understanding of local conditions and adapt the media mix to suit the local context. “In South Africa, a good substitute for direct mail is to use freephone to prompt consumers to call in for information. In many countries this wouldn’t be cost effective, but South Africans really value making a free call, so the medium works well,” he says.

In most multinational corporations, local marketers have the final say on whether to run a particular element of the campaign, such as press or TV, in their territory. Even so, the local mix may still reflect the media preferences of staff at corporate headquarters. Bill Sussman, senior engagement manager of Prophet, a brand strategy consulting company, says this happens because media buyers often concentrate their spending power on a particular category, in order to benefit from bulk discounts. As Sussman says: “In an ideal world, companies would conduct a rigorous analysis of the tradeoff between the cost of media buying and campaign effectiveness. In practice that rarely happens.”

Another dilemma for international marketers is whether to develop advertising content locally, or to produce materials centrally and export them to local markets. Here again the economic arguments for a more standardised approach are compelling. For instance, companies such as IBM, which use a single agency to develop global campaigns, possess a huge cost advantage over companies that appoint their agencies locally and run separate campaigns in each market.

And there are also strong management incentives for developing creative work centrally, instead of re-inventing the wheel many times over. But can companies reap the benefits of centralisation, without riding roughshod over the needs of individual markets?

The spirits and wine group Allied Domecq apparently has no doubt that it can centralise advertising and remain relevant to consumers across the world. Last month, the company launched a worldwide campaign called “Go Play” to persuade young, career-oriented males to drink Ballantine’s whisky. Ballantine’s vice-president Neil MacGeorge says advertising can cross cultures, but it must have a theme that is grounded in a shared “human truth”.

To illustrate his point, MacGeorge cites Ballantine’s latest campaign that features animated icon characters enacting the “Go Play” theme. He says: “We spent a lot of time asking men in their 20s what they want most. What emerged was that wherever they live in the world, young men are under increasing stresses and strains and want more time to go and enjoy life with friends.”

Developing a campaign theme out of a so-called “human truth” is only the beginning. To engage consumers locally, ideas have to be expressed in a way that relates to people’s experiences, appeals to local humour and overcomes the practical problems posed by language barriers. So it is important for businesses to allow local markets the flexibility to vary media content, even when the core ideas and materials for the campaign are developed centrally.

International marketers need mechanisms for picking up local needs. One aspect of this is to research key overseas markets, firstly to develop ideas with cross-cultural appeal and then, at a later stage in the process, to test consumers’ reactions to alternative treatments produced by the centre. And it is important to involve local marketers too, according to Andrea Newman, group advertising manager of the financial services group HSBC. For instance, when the advertising agency Lowe was developing HSBC’s “The world’s local bank” campaign, Lowe asked its own local offices to think of creative treatments to illustrate the campaign’s strapline: “Never underestimate the importance of local knowledge”.

More adaptable production techniques are increasing the scope for varying media content in response to local needs. For instance, international marketers, as with Ballantine’s latest global campaign, produce several executions allowing local marketing staff to select those that are most appropriate for their territory.

What is more, with the arrival of new technologies, it has become possible for companies to pick and mix images to suit the local market. A classic example of this approach is the “Pure Thrill” campaign run by Smirnoff vodka that depicted distorted images – which changed from market to market – coming into focus through the lens of a Smirnoff vodka bottle.

Technologies that allow core communications to be fine-tuned in the field offer the possibility of combining the cost savings of centralisation with content that has local relevance. The danger, however, is that companies will stipulate that local marketers can make only superficial changes, when what is needed is a reinterpretation of the core message.

Simon Sholl, planning and development director at brand design consultancy SiebertHead, gives an example of how departing from a global approach enabled a manufacturer of disposable nappies to make headway in France.

After two phases of research, SiebertHead persuaded its client to show a cartoon-style baby on packaging destined for the French market, instead of a photo-realistic depiction it used in every other market, including – until that point – France. Local parents saw the cartoon character as engaging and affectionate and the brand’s rank in France jumped from third to second place.

Sholl says: “The cartoon broke the rules, because it departed from our client’s global ambitions. But we were clear that it was commercially necessary to use a different treatment in France.”

Permitting markets merely to fine-tune creative work makes sense if the cost savings gained from standardisation pay off. But if denying an important market the freedom to do what is locally effective means less profit, the justification for standardisation falls apart. Rather than applying hard and fast rules to media buying and creative interpretation, companies need to weigh the evidence on the need to pursue international consistency. In the right local context, a fresh take on a global campaign can yield dividends.