The views were expressed at an event hosted by online privacy consultants TRUSTe yesterday (16 October) where presenters urged brands and online advertisers to practice self-regulation with caution, or risk a consumer backlash and external regulation.

Nick Stringer, head of regulatory affairs at the IAB and head of the EDAA – a pan-European industry body leading awareness of the Your Online Choices campaign – told attendees the industry needs to better articulate its benefits.

He said: “Policy makers have our industry in our sights, they don’t think that we’re transparent and that our business models don’t support privacy.

“The role of our business models is not well understood and it’s up to us to show how they work and show the economic value of these [online behavioural advertising] business models.”

However, he did note that efforts were underway to help lead both consumer education on how online behavioural advertising works and the benefits it provides, in terms of ensuring that most content online is free to access.

He said: “During June and July we saw traffic to the [Your Online Choices] site go up 30 per cent, but the number of opt outs actually declined.”

However, more work was needed if the online advertising sector is to successfully ward off more prescriptive data protection legislation currently being debated by the EU’s 27 separate data protection bodies. Separately, Dave Deasy, TRUSTe’s VP of marketing, presented a UK research study conducted in September indicating that user privacy was one of the top concerns among  mobile consumers.

Privacy came out as a top concern for 20 per cent of people; the second-most common area of concern, behind battery life (46 per cent). But notably this was ahead of the brand of the phone (13 per cent) among the 1,200 polled consumers.

The study also demonstrates that 37 per cent of respondents checked if an app had an understandable privacy policy before trusting it with their personal data.

A further 27 per cent claimed they actually read it thoroughly to better examine its terms of service.

Deasy said: “The bar is being raised. People are becoming a lot more aware over online privacy. That’s through things like education in the media and more and more people owning smartphones.”

He said: “Technology will always be ahead of regulators, we’re better placed to ensure transparency.”

Fellow panellist Kate Burns, a veteran of the UK digital industry and current VP at online ad firm Drawbridge VP, added: “I think we should take a more responsible attitude towards consumer education towards privacy, especially with mobile.”

Earlier this week the IAB released a study showing the UK’s online advertising industry was worth £3.04bn in the first half of 2013. 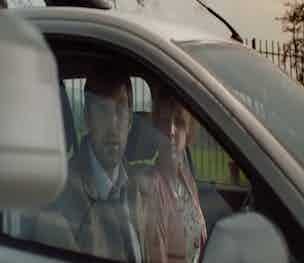 The ad watchdog has cleared the car insurance comparison brand Confused.com of charges of degrading women, despite it conceding the spot “included an implied reference to oral sex” and prompting hundreds of complaints.

Yahoo CEO Marissa Mayer’s stewardship has led to a modest increase the number of ads it sells, but the price of this inventory continues to decline, after the internet giant posted a 5 per cent year-on-year decrease in revenues.