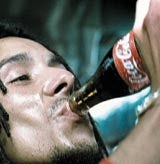 Your feature “Is online ready to risk another boom time?” (MW April 15) proved that online advertising is a viable channel for the likes of Honda, Coca-Cola and Alliance &amp; Leicester, so I was surprised at the blatant negativity in the headline, with phrases such as “boom time” and “risk”.

The article’s criticisms didn’t warrant the assertion that many “believe the medium isn’t ready for such large investments”. The article related mainly to advertising supply and clutter; a fair enough comment, but also true of other media. And while monitoring of competitor spending is not yet transparent, online offers clients comparable or better measurability than other media, as Egg’s Jerry Toher points out.

The Web has been transformed by increasing broadband access. This is not a fake boom – the internet has always promised huge change in the way people go about buying goods and services, not just in terms of buying via the Web, but particularly its role in pre-purchase research. Three examples are financial services, travel and cars, where the internet has become the first port of call for many consumers.

and to accept that the internet is here to stay, and is becoming an important advertising medium in an increasing number of sectors.

In my view, Alliance &amp; Leicester’s decision to allocate &£10m to online advertising is clever, brave, and will almost certainly work.